As the campaign for the 2022 governorship election in Ekiti State gathers momentum, the Atayero of Aramoko, M’oba Olusegun Aderemi has cautioned politicians in the state against playing politics with hatred and bitterness. 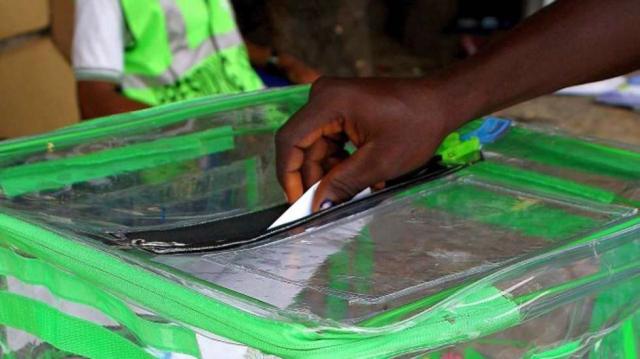 He urged them not to see politics as a do-or-die affair but go about their politicking with all sense of decency and focused on issues.

Aderemi spoke on Sunday in Aramoko-Ekiti in Ekiti West Council Area during an event.

He implored politicians to educate their overzealous supporters to eschew any action or utterance that could heat the polity and play according to the rule of the game.

He also cautioned political parties and their followers against resorting to violence before, during and after the elections so as not to worsen the insecurity in the country.

The Regional President of the Occupational Safety and Health Association called on agitators championing the balkanization of Nigeria along ethnic lines to jettison the idea and work for the unity of the country.

He said that it was better for the country to remain united despite the myriads of challenges plaguing it, saying there were more to gain in being together than segregating as different entities.

He added that the agitation for a break up of the country is a result of insecurity facing the country and frustration being experienced by unemployed graduates, saying “idleness and restiveness pushed them into unproductive engagements.

“The issue of secession is all about insecurity. When people are not secured, so many things come to play. But if there is sanity, people will be very busy. When people are busy, there will be progress. There won’t be time for division, secession. Those things are just a waste of time when things are not going on.

“By the time things come back to normal, most people will forget about separation. The US is more than Nigeria in terms of population and till tomorrow, they are still united and that is why they call them the United States of America. Nigeria is not too big to be united”.

The Lagos-based industrialist called on governments across all levels to work with traditional rulers to improve intelligence gathering that would aid the work of security agencies.

He said there was a need for workable synergy between the security agencies and traditional rulers to rid the country of insecurity, urging the government to involve monarchs in security strategy in their domain for effective policing.

“The issue of insecurity has become a national disaster because the present political dispensation has neglected the role and importance of the grassroots which are the traditional rulers.

“The monarchs are the owners and the ones responsible for security as far as grassroots is concerned because the king knows those that are bad and those that are good. The criminals are human beings and not spirits and they are from a particular locality and that locality has a head who is the king.

“For me, the solution to the hydra-headed insecurity is for government at all levels to have a rethink or total readjustment for inclusion of the traditional rulers in the planning of security strategies in the nation”, he said.

Benitez Is Not A Liverpool Through And Through – Gerrard

Meghan Markle Can’t Deny Me Access To My Grandchild – Father

Shaw Has Been Very Important For MUFC – De Gea

Tiwa Savage Touring In US With Her Son

Governor Fayose’s 22 Predictions for Nigeria in 2017