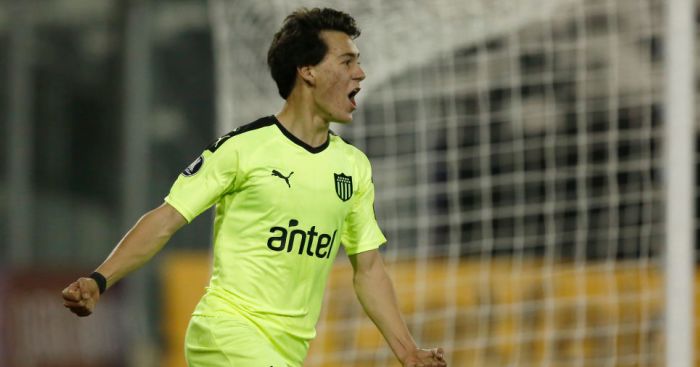 Manchester United manager, Ole Gunnar Solskjaer has come out to say that Facundo Pellistri is a player to look out for in the future.

He recently revealed that the youngster was not signed to hit the ground running at the club right away.

According to him, Mufc has always been known to bring young players in and let them grow and develop into world beaters at the club, so Facundo is only a continuation of that tradition.

He added that Pellistri is fast, two-footed and skillful so he definitely has the potential to become a world class player soon.

His words, “He’s a young boy coming from Uruguay. He’s a signing in the tradition of what we do here which is to bring young players in and let them grow and develop and become the player they can be.

“Of course we’ll give him time. He’s more one for the future than now, but he’s exciting and he’s shown some things in training that we don’t really have here. I’m looking forward to helping him develop and helping him settle.”

“He’s very quick and goes past players easily. He was doing that even when it was not a good moment for the team. He likes receiving the ball in midfield and moving forward with it. Even though he was young, I put him in my team every week.

“He can play on the right but also the left. He’s two-footed like I was and he tries to dribble like Ryan Giggs. I told Ole he has a lot of potential, but he has to keep developing.

“I told Facundo many times: ‘There are not players like you in Uruguay, but if you go to Europe, which attracts the best in the world, there will be many others who are very fast – and stronger than you too. You have potential but it depends on you to improve.”

Banky W Is A Reflection Of God’s Deep Love For Me...

No Money To Fund Our Embassies Abroad – Buhari

Senate Shifts Screening, Confirmation Of Obanikoro, 7 Other Ministerial Nominees To...