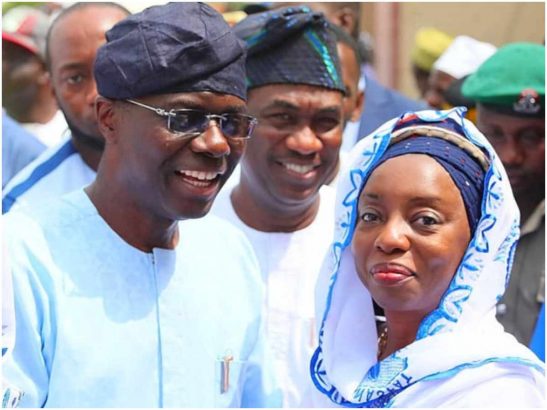 Wife of the Lagos State Governor, Dr. Ibijoke Sanwo-Olu Thursday is not happy with the increasing cases of Chronic Kidney Disease, CKD, among Nigerians.

Having her say during the World Kidney Day commemoration organized by Kidney Foundation For Africa, Mrs. Ibijoke revealed that hospital-based findings have shown that about 13 percent of Nigeria’s population is suffering from chronic kidney disease.

According to her, the findings did not even capture patients who lack access to hospital care and WHO data recently revealed that about 2 million people in Lagos State are suffering from chronic kidney disease.

She added that these figures are unacceptable and the state government will do everything possible to create awareness on the causes and prevention of CKD.

Her words, “Recently, Mr. Governor visited the Cardiac and Renal Centre in Gbagada to inspect the facility to facilitate its reopening. We are conducting state wellness week to create awareness and screen residents free of charges for hypertension, diabetes, cancer, among others.

“The truth is that the awareness aspect is critical as people need to be aware that they are first responsible for their health and wellbeing. They have several reasons to reduce the risk factors and embrace a healthy lifestyle.”

Consultant Physician/ Nephrologist, Dr Ebun Bamgboye added, “We have about five stages of kidney failure, the first three stages are often not symptomatic unless you are screening. What we found is that many people died from the early stage of kidney failure than from kidney failure itself.

“Everybody’s is focused on coronavirus now, but I can assure you that kidney disease currently in Africa is a much bigger problem. According to some studies, 20 out of every 100 people have one form of kidney disease or the other.

“We carried out a study on those of our patients who had stroke and discovered that 70 to 80 per cent of them have kidney failure while many died of heart failure or heart attack. A significant number are also diabetic or hypertensive. So kidney failure is a major problem among Africans.”

“Africans are four times more likely to develop kidney failure than individuals from another part of the world, and yet we can’t deal with it.

“The best we can do is to invest more on prevention, to do that, we must recognise things that lead to kidney failure such as hypertension, diabetes, inflammation of the kidney, infection like hepatitis B and C, HIV among others. Once we identified them, we need to screen and manage them appropriately.”

Critics Of My Body Do Not Bother Me – Lolo 1