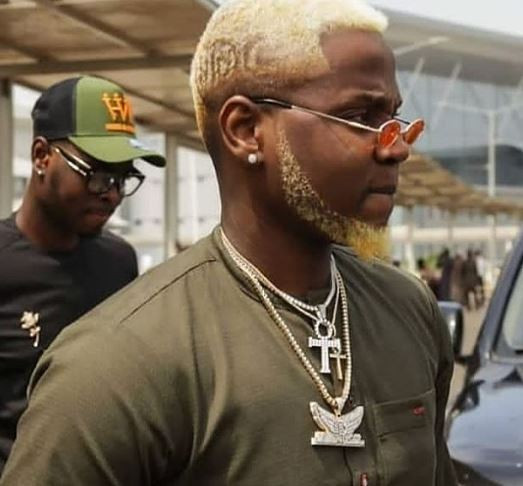 Kizz Daniel has been dragged back to court by his former record label, G-Worldwide who want N500m in damages over an alleged breach of contract.

Remember a court injunction issued against Boykizz stopped him from performing throughout December 2017, hence the name change to Kizz Daniel as his former stage name ‘Kiss Daniel’ was trademarked by G-Worldwide.

The singer launched his label, Flyboy Entertainment and also released his sophomore album “No Bad Songz”.

When the matter came up before the Federal High Court on Monday, October 7, 2019, GWW through its Solicitors informed the Court that it had filed an application seeking two alternative prayers; A prayer for stay of proceedings pending reference of the matter to arbitration as provided under the enabling contract between both parties and a prayer granting leave to amend its originating process.

See also  How Saeon Paid Wizkid 1.5 Million To Feature Him and Didn’t Acknowledge Her

The case which was brought before a High Court sitting in Lagos was adjourned till January 21, 2020.

Hmmm…This is about to be a war.

Oluwatobiloba Daniel Anidugbe, better known by his stage name Kizz Daniel, is a Nigerian Afropop recording artist best known for his singles “Woju” and “Yeba”. He went by the stage name Kiss Daniel prior to changing it in May 2018. He signed a record deal with G-Worldwide Entertainment in 2013, but left the label following a publicized contract dispute and court case. He founded the Fly Boy and Pablo label Inc record label in November 2017. He currently released two single song Titled “Pahpoh and Pak N Go.

Kizz Daniel was born in Abeokuta, Ogun state, Nigeria. He hails from Abeokuta North local government area. He attended Abeokuta Grammar School and graduated from Federal University of Agriculture, Abeokuta, in 2013, with a degree in Water Resources Management and Agrometeorology (Water Engineering). While in university, he decided to pursue music as a career alongside his studies.

In May 2015, Daniel released a third follow up single, “Laye,” on his birthday, along with a video two weeks later which was shot in different locations in the eastern part of Africa and was directed by AJE FILMS.

See also  I’m So Proud Of My Daughter – MC Oluomo

Kizz Daniel released his first studio album titled New Era on May 14, 2016. After his exit from his former label G-WorldWide he went to float his own personal imprint FLYBOY I.N.C. which recently signed two new acts Demmie Vee and Philkeyz. After which Kizz Daniel was featured on Demmie Vee single entitled “You Go Wait?”. 2018 was sure a good year for the WOJU crooner, he features Wizkid (musician) on a Hit Song “FOR YOU” and the DMW boss,Davido on another single “One Ticket” which is Currently Trending within 24hrs of its release. On the 30th of December 2018, Kizz Daniel released his 2nd Studio album and his first under FlyBoy Inc titled “No Bad Songz”. The album contained 20 Songs including the pre-released One Ticket which he featured DMW Boss, Davido. Other features on the Album includes Nasty C, Diamond Platiumz, Philkeys, Demmie Vee, Dj Xclusive, Wretch 32, Diplo and Sarkodie. The album received positive reviews from music lovers, it debuted at No 55 on the US iTunes Chart and became number 1 on the world Album Chart within 24 hours of its release.