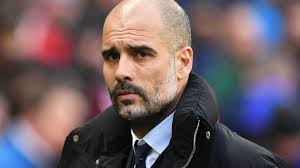 Gareth Southgate is among the nominees for FIFA’s The Best Men’s Coach award alongside Pep Guardiola, Didier Deschamps and Zinedine Zidane.

Southgate guided England to their first World Cup semifinal in 28 years in Russia this year with a young squad before eventually finishing fourth behind Belgium, whose coach Roberto Martinez also makes the 10-strong shortlist.

Deschamps, Guardiola and Zidane will be considered front-runners for the award after respectively claiming title triumphs for France at the World Cup, Manchester City in the Premier League and Real Madrid in the Champions League.

Deschamps became only the third person to lift win the World Cup as both a player and a coach in the men’s game. Guardiola was behind Manchester City’s record-breaking Premier League campaign, while Zidane claimed three consecutive Champions League wins before sensationally resigning just days later.

Jurgen Klopp, whose Liverpool side team were beaten by Real Madrid in the Kiev final, is also among the nominees.

FIFA also announced the 10-strong shortlist for the The Best Women’s Coach award. Lyon coach Reynald Pedros is among the top contenders after claiming Champions League glory over Wolfsburg, whose coach Stephamn Lerch is also on the list.

Chelsea manager Emma Hayes is another nominee after leading the Blues to the Women’s Super League title and the semifinals for the Champions League.

No One Helped Fela To Create Afrobeat – Rikki Stein

Nigerian Politicians vs Electorates: Why Do Poor People Find It Hard To Forgive?