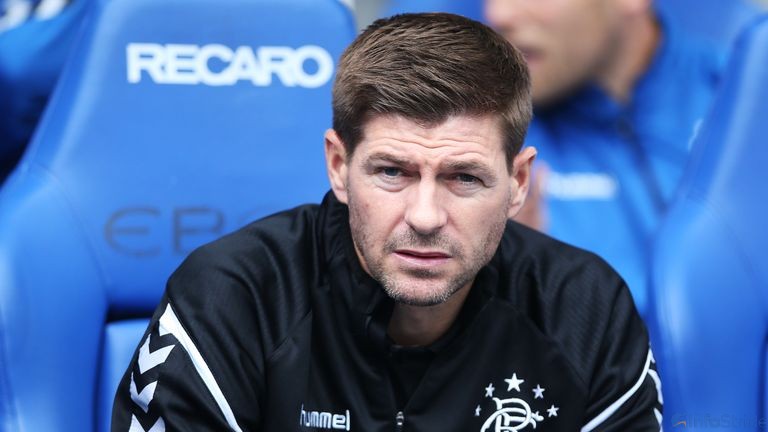 Dvae, however, revealed that he expects the young coach to bide his time before seeking out a new challenge.

According to him, he is certain that if Gerard’s stock continues to rise, he will eventually have to depart, but he hopes it is not anytime soon.

He added that Gerard has not hinted him that he has any intention of leaving Rangers in the nearest future, and he hopes it stays that way.

“I guess that there will be suitors but I certainly get no sense from Steven that he has any intention of leaving Rangers anytime soon.

“I think he’s probably ahead of where we thought he’d be. He’s not the type of person – as I understand it – that is going to be flattered by money. I think Steven is trying to do the right thing for himself, for his career.

“I don’t think Steven, he’ll speak for himself, but in my experience of him, I don’t think he’d think the job would be done even winning one title this year.

“I think he’d want to cement that with one or two years more and maybe have a go at the Champions League.”

“In my view, Steven sees himself as being at Rangers for the next couple of years and I don’t see him being tempted away, barring one club, and I don’t think that opportunity is available shortly.

“We extended his contract so my understanding is after this year he has another three years to go.”

“I think if we were to win the league this year, or even if we didn’t, I still think another three years is a nice time frame for Steven to establish himself, to win titles, defend titles, and play Champions League.

“I think that’s important for him in the development of his career, plus I think he’s really loving being at Rangers.

“He’s loving the opportunity, he’s enjoying being in Scotland and the challenges he’s got. I really don’t see his attention being diverted at this point in time and I really think he’ll see the position at Rangers out.”

Was Zlatko Dalic The Best Coach At The World Cup?

Big Brother Nigeria Is Back

Beating Sierra Leone Is A Must For Super Eagles – Ahmed...