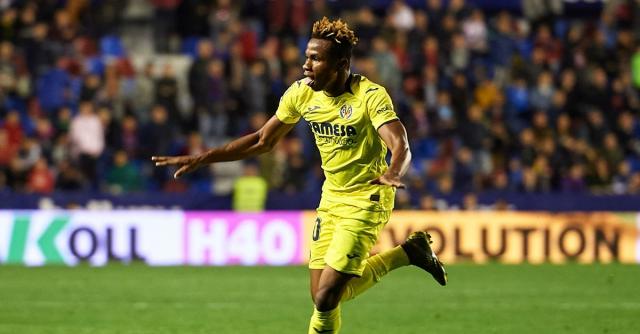 Villarreal winger, Samuel Chukwueze has come out to say that he is not concerned about his lack of goals this season because he is still improving as a player.

Samuel has said he is making an effort in training to be more influential for his club even if he is under no pressure.

According to him, goals come with luck and he will keep trying to convert his chances in front of goal.

He added that he is still learning as a footballer and will only get better.

His words, “Goals come with luck. I have had a couple of chances this season and I make attempts to convert them but you know you just have to keep trying,”

“I’m actually not bothered because it is still a learning process for me and I know very soon what I have been practising will start manifesting.”

Army Allegedly Plans To Dismiss 4,000 Soldiers For Failing To Fight...