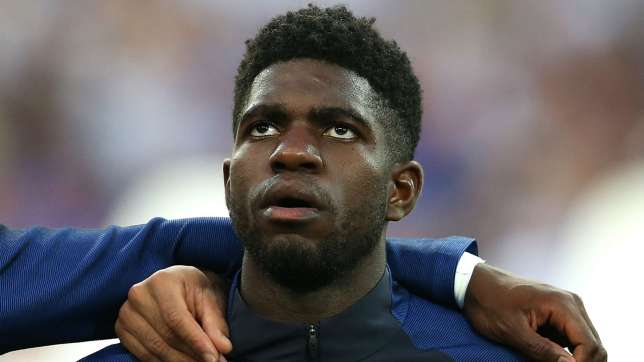 Barcelona defender, Samuel Umtiti has come out to say that he has actually thought about leaving the club in recent months.

He, however, revealed that it would be cruel and insensitive to leave the club during its trying times.

According to him, even if Lyon approached him in the summer, he plans to secure a departure from the Spanish club on better terms.

He added that seeing that Messi also wanted to leave the club last summer felt weird because imagining Barca without Messi is impossible.

His words, “Everything was possible during the transfer window. Lyon is my club and my city. They gave me the opportunity to be seen,”

“There were discussions, but it was quick, nothing concrete. I had to be able to speak with a club. I’ll be honest: Barcelona is Barcelona. I don’t want to leave Barcelona and even less like that.

“The last two years have been the most complicated of my career. Sometimes I got really sick of it. I relapsed each time, and with different injuries because I was trying to compensate. It wasn’t a knee problem, it was that I had a total imbalance. I had to start over.

“I stopped eating meat, fish and milk. I feel better, I sleep better. I have never felt so good physically. My body has also changed. I have lost three kilos. I have recovered. I have never worked so hard. And I’m happy about it.”

On Messi, “It has been an eventful summer. For me and the club. It made me feel weird to read this: Leo wanted to leave. He has his reasons. But to imagine Barca without Messi is impossible.”

“With Antoine and Ousmane, we are often together. We have all lived through complicated times,”

“Everyone puts knives behind our backs and wants to kill us. But, between us, we try to laugh to help make us smile again.”

Buhari Sleeps And Wakes Up Thinking About Our Railways – Rotimi...

British Managers Need A Foreign Name To Land A Job In...