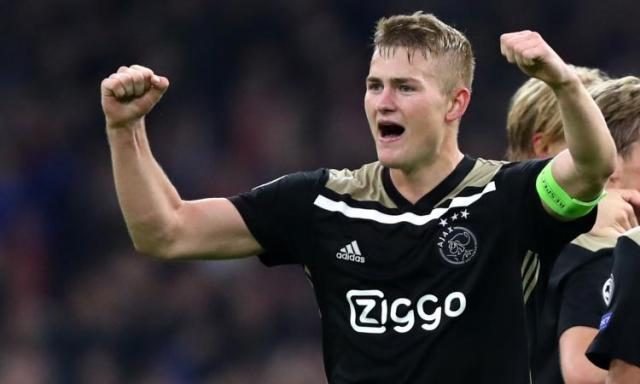 Juventus defender, Matthijs de Ligt has said he does not regret joining Juventus.

This was his reaction to Patrick Kluivert claiming otherwise recently.

De Ligt has been criticized so far in Italy, with pundits suggesting that he is yet to show the form he displayed at Ajax.

However, the Holland international believes he is still adjusting to his new club.

His words, “You know there will always be a magnifying glass on you if you are bought for so much money,”

“After my first game against Napoli, that has become even worse.

“But I actually go the extra mile in every game. I get the appreciation of my teammates, the fans and everything else. I am happy with how it’s going.”

“I don’t regret the fact I have moved to Juventus,”

“They are saying and writing a lot of stuff. The fact that it comes from someone like Patrick Kluivert might make it extra credible … But I didn’t speak to him myself, so I guess that’s an assumption.”

Nigeria, Cameroon To Sign Pact On Fight Against Boko Haram