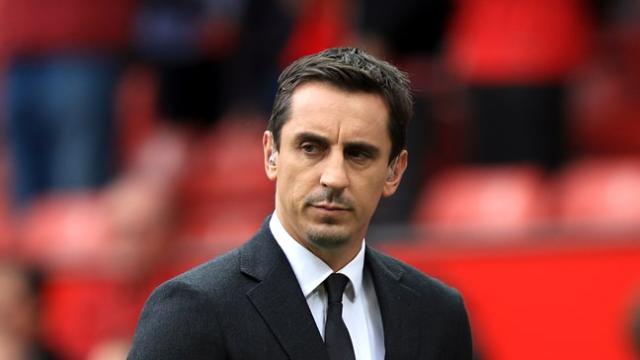 Manchester United legend, Gary Neville has come out to say that he is still unconvinced by the club’s bizzare EPL title challenge this season.

He recently revealed that there’s something not right about Ole Gunnar Solskjaer’s team despite their recent good form in the league.

According to him, even if MUFC cannot be ruled out at the moment, he doubts a title challenge can be sustained by a team that has struggled for consistency in recent years.

He added that even if the Red can go 2nd in the coming days, it does not look like the team has played well enough to merit that position.

His words, “For Manchester United it was about closing the gap, no one ever thought they would be in a position to go so close.

“They’re going to go second in the league if they can close that gap. It doesn’t feel like Manchester United have played like that.

“There has been talk of the manager’s job, going out of Europe was a big problem, the performances at times have been horrible.

“You just watch them and think there isn’t a team emerging there who can challenge for the title. My gut feeling is to still say I don’t think Manchester United are going to win the league.

“But I am surprised, it’s bizarre where they are considering a couple of weeks ago you were thinking this could be difficult, a challenging period coming into Christmas, but it’s looking a little bit rosier.”

“Their form’s really good. They’re scoring goals, coming back in matches, today [against Leeds] they’ve played well, it’s a big game against Leicester on Boxing Day, but there’s something not right.

READ  MUFC Must Go All Out For Grealish - Ferdinand

“But then when you look at where they are in the league, and they can go two points behind Liverpool, if you’d said at the start of the season they’d be in a position to do that, coming into Christmas, you’d have snapped everyone’s hands off.”

I Love Bolu Okupe The Same Way I Love My Other...

This Government Has Generated Lots Of Jobs In Farming – Chris...

Ole Has Had An Unbelievable Influence On Manchester United – Andy...