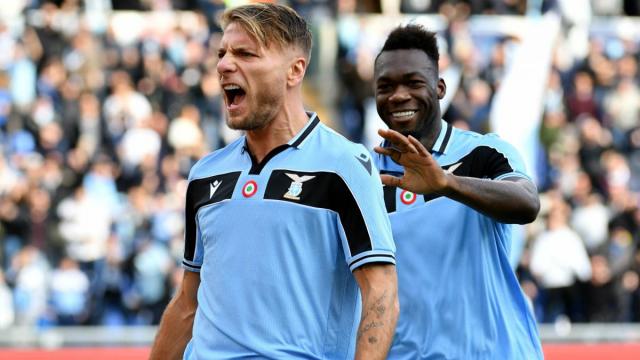 Lazio striker, Ciro Immobile has come out to blast Unai Emery for making him fail in Sevilla.

Immobile recently revealed that the ex Arsenal manager was the main culprit for La Liga spell becoming a very flat one.

According to him, Unai never made him feel like he was part of the Sevilla group and this made him become absolutely useless at the club.

He added that he is currently happy with his season at Lazio and the club will keep going up for years to come.

His words, “I felt bad, I didn’t have many chances. In January I thought of leaving but Emery asked me to stay,”

“At first I went out and scored two goals straight away, but then Emery took me out again and I thought, ‘This guy didn’t understand anything’.

“Let’s just say that when you don’t feel like part of a group, everything is useless.”

On Lazio, “I wanted the Biancocelesti at all costs, I was happy. I quickly felt great, I liked the team and manager,”

“I came after Klose, but I didn’t commit the same error I made at Dortmund: Lewandowski left and I felt the responsibility, at Roma I preferred not to think about it.

“The relationship with Lotito? It’s great and respectful, like with Tare and Peruzzi. Lazio is destined to remain on the up-and-up for years to come.”

I Will Only Join Barcelona For Messi – Di Maria

‘David Mark Did Not Seek Postponement Of 2015 Poll’