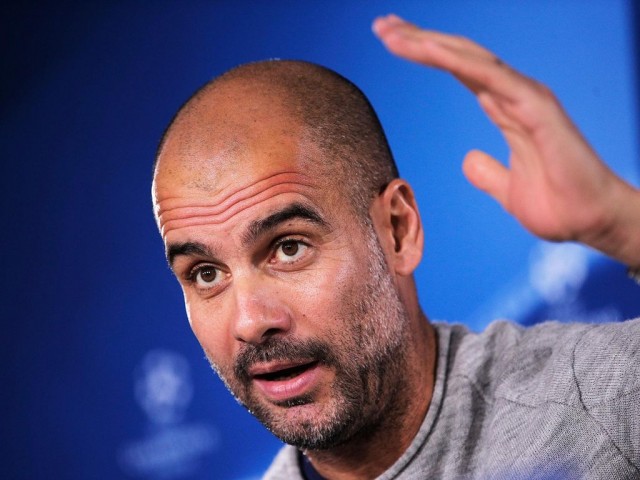 Manchester City manager, Pep Guardiola has come out to say that the EPL has made him a better coach.

He recently revealed that he is very grateful to have been given the chance to coach in England’s top flight.

According to him, English football is fascinating because there are many different cultures in one league and he has learnt a lot in the country since he arrived.

He added that he has unfinished business at City and his plan is to continually make the club successful.

His words, “English football is fascinating because there are many different cultures in one league and different ways and I’ve learnt a lot as a manager since being here,”

“Watching some incredible colleagues in England and the incredible players that are in this league, I feel I’m a better manager than when I landed here. So I can just say thank you for this opportunity.

“I’m going to stay longer and enjoy that and learn from all of them. In five seasons, many things happen in good ways and not good ways – it’s normal.

“We have talked but always when we put all the situations on the table, we decided that still we can be together for a longer time.

“This is a club that in the past, didn’t win much. In the recent past with Roberto [Mancini] and Manuel [Pellegrini], they won and the most recent past, we won and won again.

“In three seasons, we won eight titles [including two Community Shield triumphs], which is a lot in world football and especially in England.”

On City, “The unfinished business is to continue to [be successful] when, in the history of this club, it was not able to do it,”

“It is to maintain during the seasons, winning titles or being there fighting for titles. This is the target, not a specific trophy, but be able to maintain this club as high as possible in terms of football.

“It’s always difficult [to win titles]. Saying that now it’s more difficult looks like the years before it was not and it was the complete opposite.”