I Hope To Still Be A Barcelona Player Next Season – Lenglet 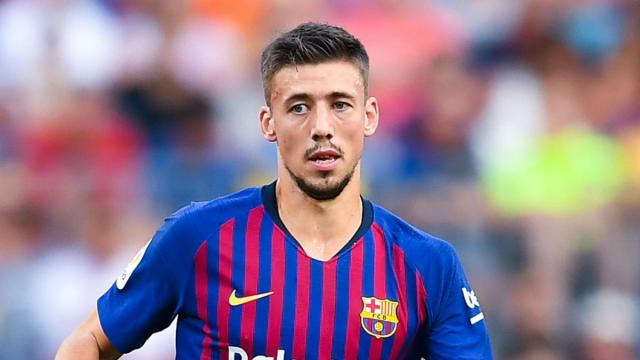 Barcelona defender, Clement Lenglet has come out to say that he wants to stay at the club and fight for his place in the starting XI next season.

Lenglet recently revealed that no one can predict anything in football, but he hopes to still a Barca player when next season starts.

According to him, there were several reasons for his drop from the first team, including the arrival of the new coach and Umtiti’s good form during games.

He added that he is currently preparing himself to be a regular starter because he was very dissappointed to not feature in the recent El Clasico match.

His words, “You never really know what the future will be like when you are a football player, but I hope to be at Barcelona next season, yes,”

“It will obviously depend on the transfer window, this is a special period for the clubs and we’re safe, but I hope to stay.”

“There are several reasons for [being dropped]. The arrival of the new coach, Samuel [Umtiti] who was good when he played. I played a lot, too, [Umtiti and I] are pretty much the same.

“But I didn’t play in the Clasico. It was a little disappointing for me, but it is part of the life of a footballer. I prepare myself well and hope to play regularly.

“I have been fortunate to experience some pretty crazy things for a very short time, I hope it will last.

“There were bound to be special moments in the season but it remains a good season, I discovered the French team, I played games one after the other, it was a great year for me.”