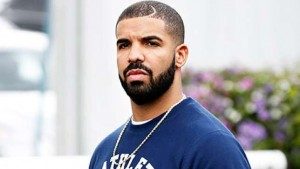 We knew there was chemistry between Rihanna and Drake, but we were definitely not expecting an open declaration of love!

The Canadian rapper performed at Madison Square Garden in New York City on Saturday night, August 6, 2016, and took time out to openly declare his love for singer, Riihanna.

The ‘One Dance’ singer also flirted with the women in the crowd saying, “Where’s all my New York women tonight at, cuz I’ve got a night off after this.”

The chemistry is obviously there and the two music superstars have been spending a lot of time together lately.

According to E!, Rihanna doesn’t want to put an official title on her relationship with Drake. She just wants to take it one day at a time. “Rihanna and Drake are hanging out a bit more lately. Rihanna loves Drake, but is still not ready to put a title on them,” a source close to the female singer exclusively told E!

Although Drake has loved Rihanna for a longtime, he has never been able to call her his girlfriend.