I Made Unforgettable Memories With Manchester United – Valencia 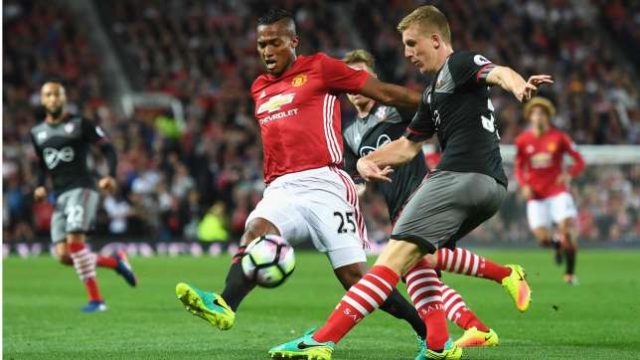 Manchester United right back, Antonio Valencia has said he will be forever grateful to Manchester United for his full decade at the club that made him play alongside legends like Ryan Giggs, Wayne Rooney and Paul Scholes.

Some were not happy when Sir Alex Ferguson purchased the speedy Ecuadorian from Wigan for £16 million in June 2009 but the Scot felt it was the right decision.

He has gone on to lift Premier League, FA Cup, League Cup and Europa League triumphs, along with over 300 appearances.

The defender is now set to depart the club after reaching the end of his contract, but he is happy with the memories he is taking with him.

His words, “It’s hard to forget the players I played with. Greats like Giggs, Rooney, Scholes, Rio [Ferdinand], [Nemanja] Vidic, Patrice [Evra]… it’s hard to believe I’m even sat here listing these names and it’s impossible to name them all or pick out just one as the best, so I’ll just say that I’m so happy to have played with some very intelligent footballers.

“I have so many memories of my time here, but also so many other items. Honestly, I’ve got an entire Manchester United Museum in my house! I’ve got things in there that are very valuable to me. They represent my life here and all the effort I’ve put in. There isn’t any amount of money that could pay for the things in there and the memories I have in my head.

“There are two things that are my favourite items: the first shirt I wore for Manchester United and the armband from when Jose Mourinho gave me the captaincy for the first time.

“These things, these memories, they’re absolutely priceless to me.

“My heart, my affections will always lie with Manchester United. I will always be a fan of the club, but I’ll always have my affection for the people here at the club and in the city. My daughter has enjoyed ten happy years here in Manchester. This has been a wonderful home.

“I will keep the team and the fans close to my heart. To the United fans, you have always been great with me, so I’d just like to say thank you for all your support during this fantastic time I’ve had with the club. I hope you keep enjoying supporting United and they continue to win many more trophies in the future.