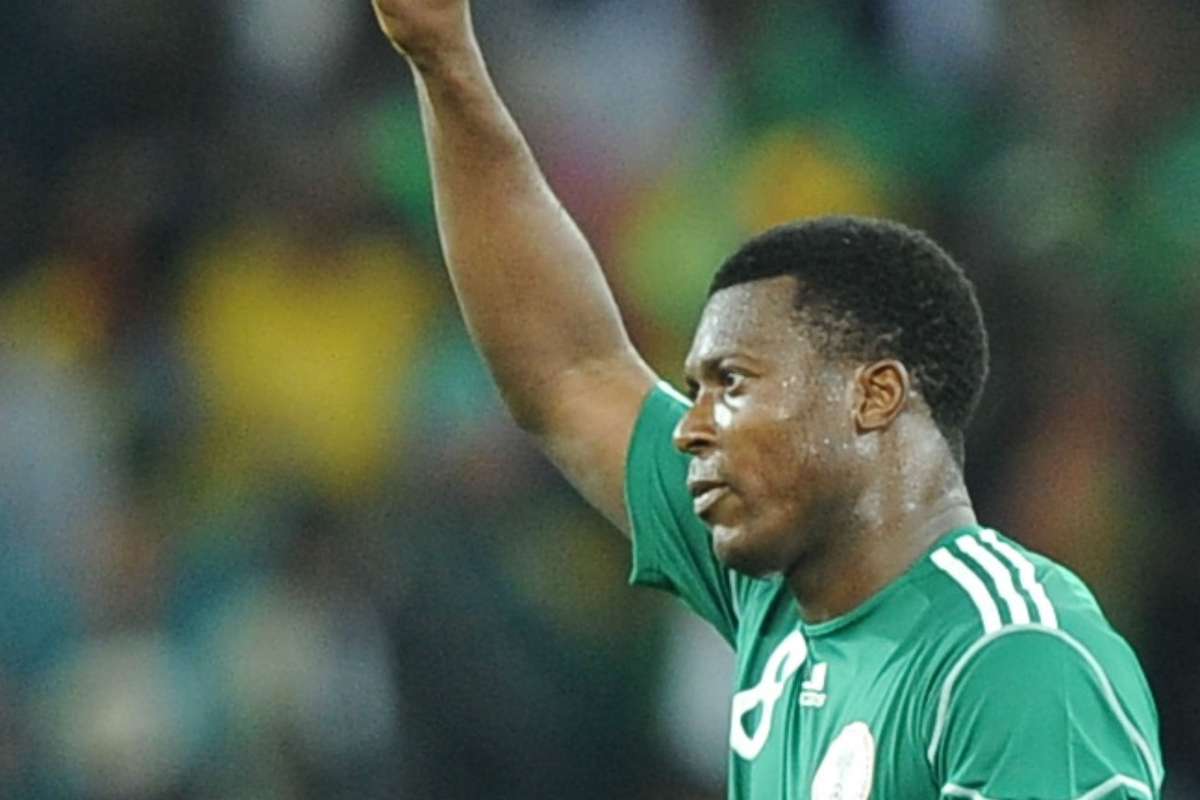 Super Eagles legend, Yakubu Ayegbeni has come out to say that Nigerians have still not forgiven him for his miss vs South Korea at the 2010 Fifa World Cup in South Africa.

The former Everton striker recently came out to say that Nigerians still send messages to air their grievances over that howler.

According to him, he actually felt really bad for not scoring but even if he did, Nigeria was still not going to win the World Cup.

He than added that he never allowed the blunder to affect him negatively because he tries as much as possible to only think about the good memories while he played for his country.

His words, “I felt bad when I missed it but people still talk about it and are saying if I had scored, we should have gone to the next round,”

“Even if I scored, are we going to win the World Cup? That I am not sure of.

“I have sored so many goals for Nigeria and even when people thought we will never qualify for the World Cup, I stood up to be counted.

“I have always done my best to help the country but it’s weird that people still send me messages till date even on social media about that miss.

“They would write things like ‘I never forget o, I never forget the goal wey you miss o’ [I haven’t forgotten the goal you missed], ‘we no go forgive you o’ [we won’t forgive you], etc and I would be like wow.”

“I never let that affect me because I think only about the good memories,”

“Ten years in the national team was great and wearing the green and white jersey was an honour for me. I still watch some of my goals with my kids.

“Also, playing in the national team was a joy for me because that was my childhood dream.

“As a player, you want to play for your country and I’m glad I did so graduating to the Super Eagles after playing for the U23 team.

“I was also opportune to play at the South Africa World Cup where I scored a goal. I have no regrets whatsoever despite my miss against South Korea.”

Happy Birthday to you!