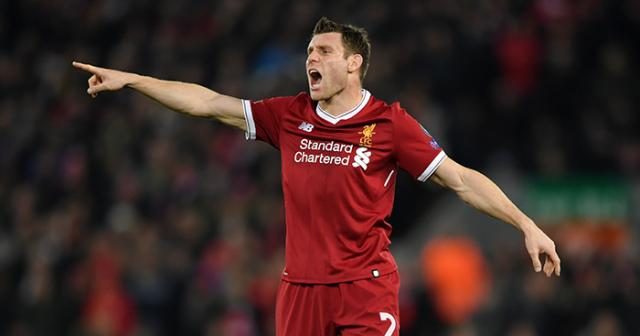 Liverpool defender, James Milner has said his club can win so many trophies in years to come that fans have forgotten they ever won.

Klopp and his boys lifted the UCL last season and are now concentrating on the Club World Cup ahead of a semi-final match vs Monterrey.

Despite a 2nd-string Liverpool team getting beaten 5-0 in the Carabao Cup quarter-finals on Tuesday, James is hoping they can add another trophy to their 2019 cabinet in Qatar.

He added that he wants the club to lift trophies fan had lost hope over.

His words, “Since I have been at the club it was important for the club to get that first trophy on the board,”

“We had been unfortunate in a few finals but the team has moved on and we have heard many people talk about it.

“We don’t want to be remembered as the team who won one major trophy. We want people to remember us as a group and forget which year we won each trophy.

On the Club World Cup, “It is special to be here. You have to be successful to be here and other teams from around the world have also earned their right to be here. All strong teams,”

“This is the trophy the club have not won so it would be nice to have that, so hopefully we can add that.”

“Hopefully we can continue our good form as we have been in good form. If a chance to win a trophy is a distraction, then this is a pretty good distraction,”

“We just want to keep being successful and keep winning trophies. You have to be successful to be at this tournament so hopefully we can go out there and win the two games.

“It is something this squad is very strong at. We are looking at that next game. The boys are always working towards the next game but it is all about recovering which is difficult in itself.

“The boys have done it very well so far and hopefully the boys can keep doing that but in terms of schedule, it is no different to what we would have had, had we not been here as we would have had another game at the weekend in the Premier League so nothing has changed.”

President Buhari Congratulates Kabore On His Election As Burkina President