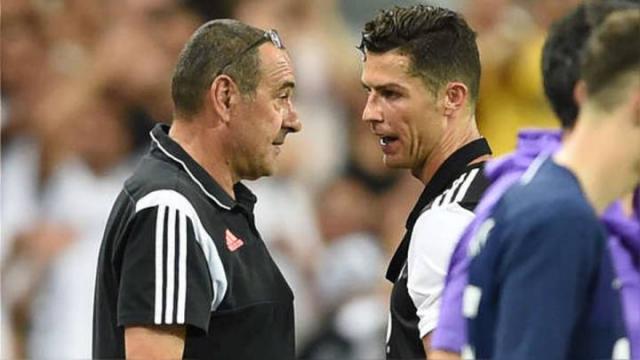 Juventus manager, Maurizio Sarri has come out to say that he gets very angry when his critics say he has won nothing in Italy.

Sarri recently revealed that he earned eight promotions from one division to another and he achieved everything on the pitch.

According to him, it is a key incentive to win important trophies and he actually deisres to win the cup with Juventus on Wednesday.

He added that Napoli are a difficult team to face so he expect a very tough game for 90 minutes.

His words, “I get annoyed when they say, ‘In Italy, he has won nothing’,”

“I earned eight promotions from one division to another, and I achieved them all on the pitch.

“That is perhaps a small thing compared to the Champions League and the Scudetto, but it is not easy.

“It’s always an important incentive to win important trophies and there is a desire to lift the cup. I am happy that we are in the final.”

On the upcoming final vs Napoli, “Napoli are a difficult team to face,”

“They are solid when they close the spaces and dangerous on the counter. They won against us, against Inter and drew with Barcelona, they know how to play at a high level.

“Napoli are a team of dribblers, on Wednesday we must remain compact and not allow easy counterattacking situations.

“I like Gattuso a lot, he is straightforward and direct. I’m not surprised by what he’s achieving.”

I Will End ASUU Strike If I’m President – Atiku