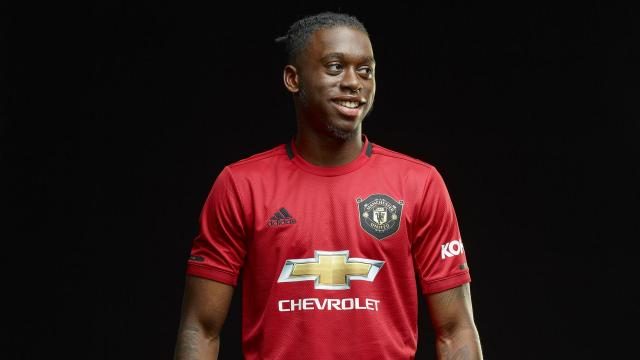 Manchester United defender, Aaron Wan-Bissaka has come out to say that his plan as a young footballer was to become a striker like Thierry Henry.

The ex-Crystal Palace player said he saw the Frenchman as his role model.

According to Bissaka, he wanted to be the target man instead of being the player stopping the forwards from having their way, but his coaches realized he was better as a defender.

He added that the one thing that inspired him to try to be a forward was the goals, because he loves scoring.

His words, “Growing up I looked up to Henry,”

“I just like goals, I liked the way he scored goals. I always pictured myself scoring goals when I was younger.

“I trained there (at right-back) a few times because Palace needed players in that position, that’s when they noticed how good I am at tackling and defending.”

On life at his new club, “It’s been different but I knew I was up for a new challenge, a new area, a different life.

“I’ve adapted well here, settled in quite quickly with the team. They (team-mates) have been great to me.”

“When you know you’re coming up against them… you know it’s going to be a hard test but that’s going to make me better person.

“Every session helps a lot, whether they go past me or they don’t, it still helps and it allows me to expect who I’m going to be up against during a Premier League game.”

Smart Adeyemi’s decision to challenge my victory normal action of a...

2015: Nigeria Deserves The Best, Don’t Die For A Mediocre Performer,...