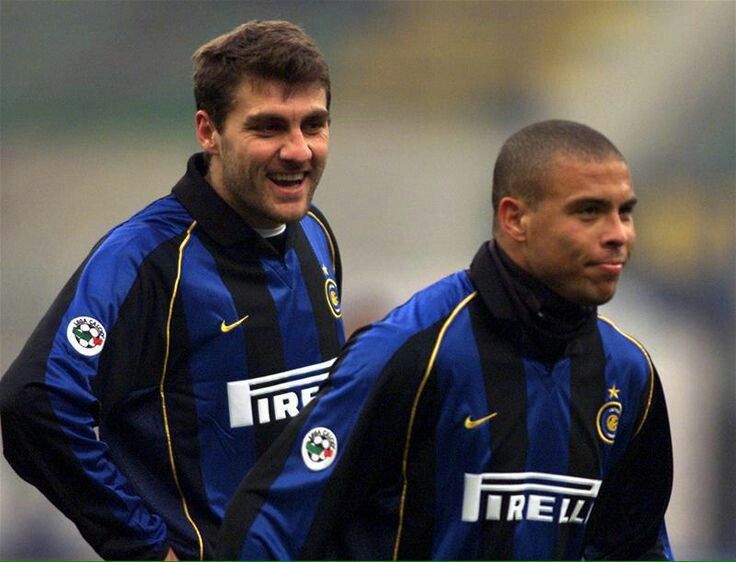 Ronaldo De Lima is better than Cristiano Ronaldo, according to Christian Vieri.

Vieri believes the legendary Brazilian is a more fearsome frontman than the Portuguese talisman on the football pitch and in front of goal.

According to him, he was lucky to play alongside Ronaldo because he simply had it all as a footballer by being explosive, powerful and fast during football matches.

He, however, added that CR7 will forever be a war machine because of his sculptural physique that has made him an admirable footballer for several years.

His words, “I am a friend of Ronnie and I was lucky enough to have him as a striker with me. He had it all. He was explosive, powerful and fast. He looked like a dancer, he seemed to dance with the ball.

“I say that Brazilian Ronaldo is better than Cristiano Ronaldo.

“CR7 is a war machine, he is admirable for everything he does and for all the things he continues to do. Cristiano can play up to 40 years with a cigarette between his lips, as they say in Italy. He has a sculptural physique.”

On Inter, “At Juventus I say Marcelo Lippi, he was like a second father,”

“In Turin’s youth teams I was coached by the great [Rosario] Rampanti, then by [Emiliano] Mondonico.

“I also have to say Cesare Maldini, he helped me break into the national team. He was a magnificent person who trusted young people.”

One Dies, 15 In Coma As Generator Fume Suffocates Worshippers

What Next For Iyanya?