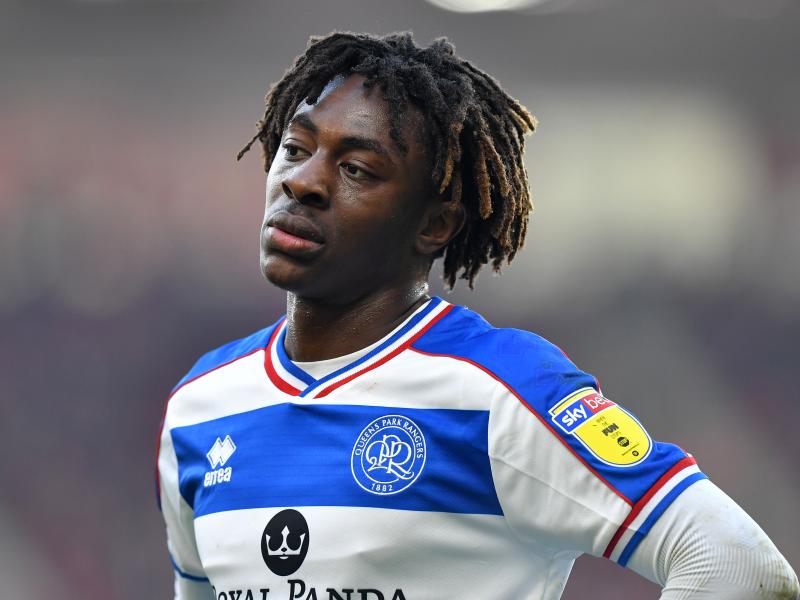 Crystal Palace midfielder, Eberechi Eze has come out to say that he cried when he was released by Arsenal at the age of 13.

He recently revealed that his mother also cried with him, and everyone was upset when the decision was taken.

According to him, he was happy to get another opportunity with Fulham, as it was another chance for him to relaunch his career.

He added that looking back at the situation now, he is very grateful to God for how his journey went.

His words, “It wasn’t the easiest but we knew we wanted to enjoy life as much as we can and that we didn’t want to be in the position we were in. So it was important we worked hard and did everything we could to give ourselves the best chance we could,”

“Me and my brothers played [football] at every opportunity we could with our friends and neighbours around the area. I think that’s the first proper look at football we all got; we wanted to play football to enjoy it.

“There was never any pressure, anything, just the idea of going out to play with our friends. The longer I held on to that, the easier it was for me to be at clubs and still try to have that mentality.

“I got scouted by a few clubs and that’s when I first went to Arsenal. At a young age, it was hard, especially being released. Me and my mum cried, everyone was so upset – that’s all you know at that age.”

“But looking back at it now, that’s the start of my journey and I’m grateful to God that’s how it went. If it wasn’t for that, I may not have got the resilience, bravery, to go and be who I want to be elsewhere. It’s shaped me to be who I am today.

“I was coming to terms with how difficult it was going to be. That’s what it was for me, realising this is going to be a lot harder than I may have thought, getting a pro contract somewhere and becoming what I want to become. I knew that was a bit further than I once thought.”

Milner Was Man Of The Match Vs Bournemouth – Salah

It Was A Privilege To Work With Ancelotti – Koulibaly

We Must Stick Together – LVG

Parents Must Protect Their Children During The Coronavirus Outbreak – Sanwo-Olu

PSG Can Replace Neymar For Our Clash – De Gea