Sometime in October, 2015; fans around the world will get to enjoy a fresh new series –Beast Of No Nation– which stars Golden Globe winner Idris Elba, Abraham Attah and more. 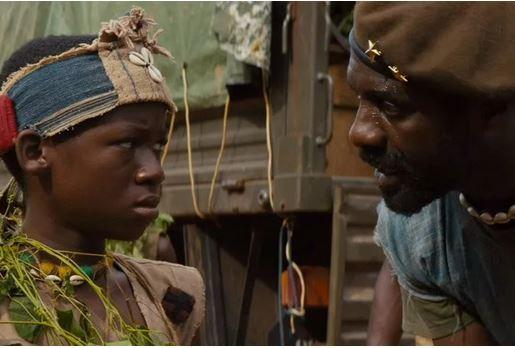 The series bears major resemblance to Nigerian author Uzodinma Iweala’s 2005 novel, beast Of No Nation, which in turn draws its title from Fela Kuti’s 1989 Beast Of No Nation album.

The BONN series comes on screen under the aegis of Netflix and Red Crown productions.

Agu (Abraham Atta) is a little soldier who is thrown into the heart of a major country war where he has to choose between going for the kill or sparing a captive.

But what would you do if you were in Agu’s place, under the supervision of a dictator war leader in the mold of Idris Elba, most especially when the captive is your relative?

Ready yourselves for some indigenous, suspence-filled action here.

Judiciary must save Democracy in Nigeria, says Governor Fayose