I’ll Be Back In No Time – Cristiano Ronaldo 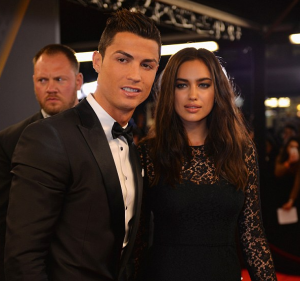 Real Madrid star Cristiano Ronaldo has assured fans he will soon be back in action as he continues his recovery from a knee injury.

The 31-year-old has not played since he was substituted in the first half of Portugal’s Euro 2016 final triumph following a challenge from France’s Dimitri Payet.

Ronaldo was left out of Fernando Santos’ squad for the friendly with Gibraltar and the World Cup qualifier against Switzerland next month, while he has yet to be involved for Madrid since the Champions League final in May.

But the former Manchester United forward, who won UEFA’s Best Player in Europe award this week, has vowed to return soon as he looks to claim further success in Zinedine Zidane’s first full campaign in charge at the Santiago Bernabeu.

“I’ll be back in no time,” he said, speaking whilst using an exercise bike in a video posted on the club’s Instagram page.

“Thanks to everyone, to my team-mates, who helped me to win the award.
“I’m really thrilled and now I’m eager to work hard and win more titles.”