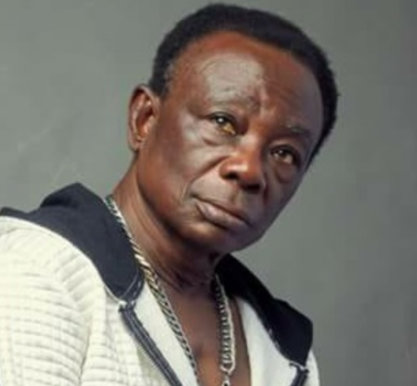 Popular Ghanaian highlife artiste, Obuoba J. A. Adofo has come out to reveal the one thing he can never forgive himself for.

He recently revealed this during a recent interview with Graphic Showbiz, and Africa has been reacting.

According to him, he absolutely regrets bleaching his skin when he was at the peak of his career and he wish he never did it.

He added that he only bleached to feel among, but he immediately regretted his action having learnt of the complications of bleaching and the consequences people suffered.

His words, “You know at that time, bleaching and having permed, curly hair meant a lot to people who thought they had arrived. As a musician at my peak, I wanted to feel that sense of belonging so I bleached my skin.

I thought that that way, people would know that I was a big man, but later I regretted my actions having learnt of the complications of bleaching and the consequences people suffered.

I even found out that it was difficult for surgeries to be performed on bleached skin. Till date, I feel guilty for doing that and really wish I could change the hands of time”

Maradona Is Not One Of The Best, He Is The Best...