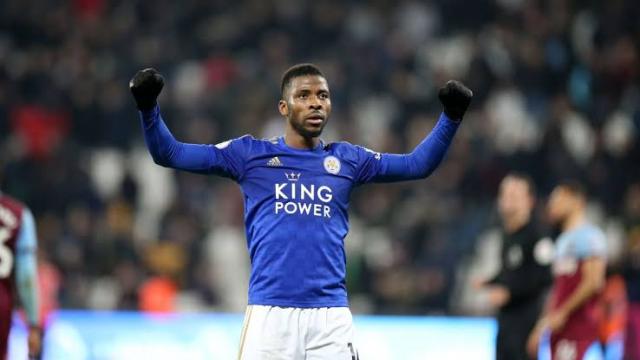 Leicester City striker, Kelechi Iheanacho has come out to say he hopes to get more playing minutes at the club.

This is coming after his amazing display during his side’s 3-0 win over Zorya in the Uefa Europa League.

According to him, the match vs Zorya was amazing for him and he hopes for more opportunities to help Brendan Rodgers’ team this season.

He added that this is his first time in the UEL and he is really happy to be a part of such prestigious competition.

“So, we’re happy we started well in the Europa League, hopefully [we’ll] work more in training and we’ll take it from there.

“I’m happy with the two assists and a goal. Hopefully [there’s] more to come.

“I think it’s my first time [in the Europa League], so I’m really happy. Hopefully, [I’ll] play more and get more goals, some more assists and help my team.”