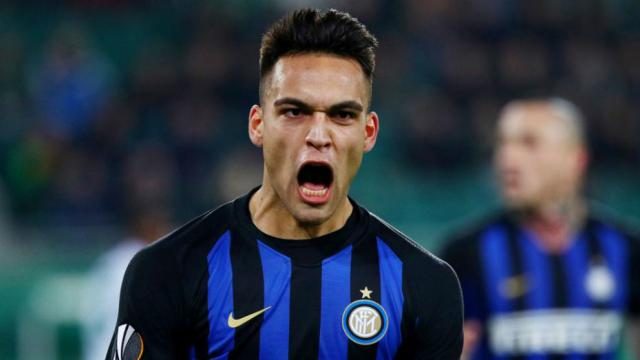 Inter Milan striker, Lautaro Martinez has come out to say that his team deserved to defeat Barcelona in their UCL group stage clash on Wednesday.

Laurato netted an early opener for the Italian side and it was Inter’s first goal at the Camp Nou since 1970.

However, a brace from Luis Suarez, including an 84th-minute winner, gave Barca a victory in the game.

Reacting, Martinez believes the team performed well and did not deserve to lose. He added that they all need to see the positives in the result.

His words, “The coach is right. We produced a great display and didn’t win because of fine margins,”

“Now we have to think about Juventus. We leave here disappointed because we deserved to win.

“We have to be alert in this competition because players of this calibre are unforgiving if you make a mistake.

“With all the good work that we did, we didn’t deserve to lose. The referee also played a role, but we have to be more focused.

“I do think we produced a very good performance and we can be pleased with that albeit disappointed with the result.”

Morocco’s Teamwork Will Keep Pushing The Country At AFCON – Hakimi

Messi Is A Monster – Dario Gomez