I’ve Denied My Mother Before – Skales 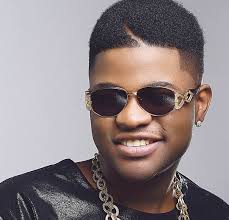 Nigerian singer Skales in a recent interview opens up on his difficult childhood.

The ‘Shake body’ singer in a recent chat with Saturday Beats, says growing up as a tough one.

According to him, he used to sleep in a shopping complex with his mother and has had to deny her several times in the past.

“My father left us when I was really young. I do not even know how he looks like.

My mother and I used to sleep in a shopping complex at a time. I am talking about during my primary and secondary school days in Kaduna.

Then, the only hope for me was music. At some point, I told my mother I wanted to work and support her.

I was chased out of school because I did not pay school fees. I had to steal school uniform because mine was bad and I would tell my mother I saved money for it.”

See also  I Have Scammed People Before – Jidenna

Still speaking on their difficulties, he said, “Also, my mother would go to my friends’ houses to do their laundry, which was embarrassing to me.

I had to deny my mother. I also did not let my friends know where I lived because most of them were children of politicians.” Adding, “When I told my mother I was moving to Lagos, she asked me to finish my university education in Kaduna. But I convinced her I could cope.

From Kaduna to Lagos, I got a free ride and the first place I stayed was Orile (Lagos). I lied to the person that gave me free ride that I would stay with him for a couple of days and it turned to months.

He later started a label with some friends; they knew some people but it was not easy.”

The ‘Temper’ singer has since proved that he has so much love for his mother. December last year he showed off a home recently completed for his mother.

Recall that Skales and Sasay used to be an item for a long time with her even going as far as backing him blatantly in his face-off with Wizkid a year ago.

Guess The Celeb In This Major Throwback Photo

I Will Renounce My PDP Membership Anytime From Now – Fayose