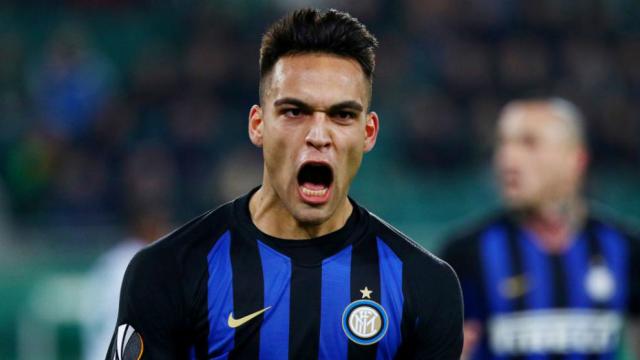 Inter Milan striker, Lautaro Martinez should jump at the opportunity to sign for Barcelona, Diego Cocca has said.

Diego recently revealed that Laurato always wants to improve by taking on new challenges so the move would be a sensible one.

According to him, the fact that the Argentine has a clear role at a top team like Inter Milan also means he has a tough transfer decision ahead of him in the summer.

He added that the Inter striker should also know that Barcelona does not chase average players and he’d have the opportunity to play with the best footballer in the history of football.

His words, “I was surprised.

“The level of maturity, he was a professional player, he interpreted, he understood, he wanted to see pictures, to work on his weaker foot, to work on everything that made things complicated for him.

“Most boys at that age try to hide their flaws, and he just wanted to improve. There, we started to glimpse that he was going to do something very important.

“Knowing Lautaro, he’s a boy who likes challenges and surely that’s what going to Barcelona would be for him.

“I tell you what I think: logically, Lautaro is the protagonist and he has the last word. He’s clearly at a very important team like Inter, but it doesn’t happen every day that Barca come looking for you and he can play with the best footballer in history, outside of the national team, and share all these days with him.

“There is no way I would pass that up.”

9th Asiwaju Bola Tinubu Colloquium Is Upon Us