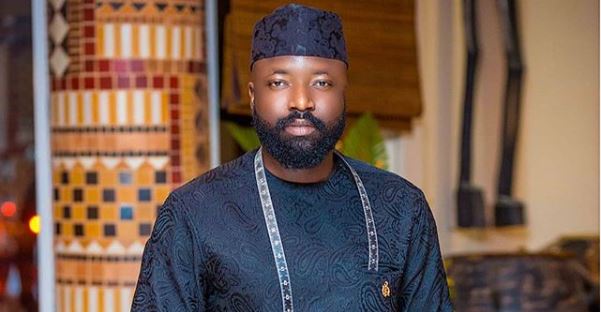 Ghollywood actor, Elikem Kumordzie has come out to speak about his failed marriage to Zimbabwean socialite, Pokello Nare.

The reality star recently revealed that age played a major role in his unsuccessful marriage.

According to him, he got married at age 26 – 27 and Pokello was 3 years older than he was at the time, so there were some things his immaturity did not let him see when they together.

He added that he never understood the concept of marriage and the fact that they had to be in different countries to work did not help as well.

His words, “There was an interview Pokello did some time ago and she said, Elikem was not ready for marriage.

Maybe she was seeing something at that time, I couldn’t see. But now that I have turned 31, am seeing a lot of things I didn’t see at 27.

In considering people and appreciating people, maybe she was right to some extent because I must have not understood the concept of marriage and sacrifice,

“I don’t remember too well when we fell off but there was this long period of time where things just went off. She has to be there [Zimbabwe] and I have to be here [Ghana ] and then we had to separate.”

Asia and the Pacific must boost food production to meet future...

This Nonsense Must Stop: Presidency Reacts To Attack On Jonathan