Managing Italy Will Be An Enormous Prestige – Roberto Mancini 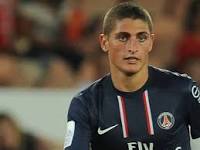 Roberto Mancini has revealed in an emotional interview how coaching his native Italy would be “extraordinary”.

“When you’re abroad you always miss your country,” said Mancini in an episode of “The Lords of Football” series with Sky Sports, which will be broadcast on Saturday.

“When you are in Italy, you sometimes criticise it rightly. You go abroad and you miss this feeling.

“You become nostalgic for the past when we were young, in the ’70s and ’80s when we saw the Italian national team playing with great emotion.

“You never know in life, I think that coaching Italy one day would be an extraordinary thing of enormous prestige.”

“In the meantime, though, I’ll try to win and do my best with Zenit,” he added of his current team, who are struggling down in fifth in Russia.

The new boss is expected to be appointed by June, with Italy Under-21 coach Luigi Di Biagio in interim charge for friendlies against Argentina and England next month.

“We are out to a team that knocked out Atletico Madrid in two legs. We are knocked out by a team that is brilliant in their approach for many years, with their scouting system.”

Buhari Promises To Run Market-based Economy If Elected As President