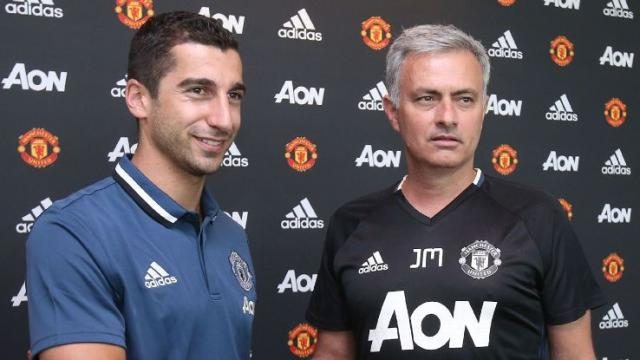 Nemanja Matic made his Manchester United debut as Jose Mourinho’s side warmed up for the UEFA Super Cup with a 2-1 victory over Sampdoria in Dublin.

The latest addition to the team played the first 45 minutes at the Aviva Stadium, his first action of the summer after training alone at Chelsea before his move to Old Trafford.

The Serbian impressed enough to suggest he will start against European champions Real Madrid in Macedonia on Aug. 8.

Henrikh Mkhitaryan as well, too, after he scored another sensational preseason goal to put United ahead against Sampdoria. The Serie A side equalised after half-time before Juan Mata scored the winner nine minutes from time.

Mkhitaryan could have had a hat-trick of headers before half-time after seeing one saved by Christian Puggioni and another drift wide of the far post.

It was Mata who had the last say to wrap United’s sixth win in seven preseason games.

Anthony Martial ended a dazzling run down the left with a cross which found the Spaniard in enough space in the penalty area to side foot his finish into the net.

Use Mosquito Nets To Guard Against Zika Virus – Peter Angbazo

I Feel The Pain Of Local Government Workers – Abdulfatah Ahmed