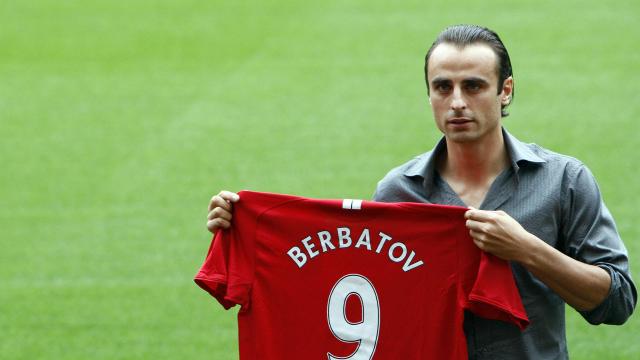 Berbatov has great memories playing alongside the Argentine during his time at Old Trafford, and always admired his hardworking style for play on the pitch.

According to the Bulgarian, a loan deal that brings back a familiar face to the club is a wise move because Tevez would fight for the badge.

He added that the fans would also welcome Tevez back with open arms.

His words, “There have been reports linking Carlos Tevez back to United on loan, I say why not?! When you have these loan deals it’s good to get someone who knows the place, knows the situation of the club and the fans,”

“Of course, he went to Man City but I’m sure the fans would welcome him back. If there is some truth in the story then it’s something that needs to be carefully thought about, the pros and cons need to be weighed up. But, if there’s no other option, this could be the right one.

“In the dressing room, he was quiet, a bit like me, but that’s not always important. We all saw what he was like on the pitch, he would run like crazy, fight for his team, score goals and he would never give up until the final whistle and you could say that is what United need now.

“There’s no one in the team that can bully someone from the opposition like Tevez, or Roy Keane, who would also rip your throat out if you didn’t work hard for the team. Maybe they do need Carlos Tevez for that reason, he always had that quality of shouting and fighting for the team.

“When he made the switch to City I didn’t pay much attention to it and I don’t think many others did. It was a professional business way of doing things, yes he went to our rivals but it was his decision and we all said good luck to him.

“As a professional, I respected all my team-mates and players that I played against, so whatever they did was their own business. You need to respect and admire someone that plays for their club and gives everything for them. Many players have switched allegiances throughout their careers and I don’t think it’s a big deal in modern football anymore.”

A Lot Of Things Need To Change At MUFC – Pogba

Our Comeback Vs Rennes Was Very Difficult – Unai Emery

Sterling Has A Lot Of Space To Improve – Pep Guardiola