Home Entertainment Celebrity News Me Vs Fury Is The Fight Everyone Wants To See, I Hope...
Facebook
Twitter
WhatsApp
Email
Telegram

Popular boxer, Anthony Joshua has come out to say that he is ready to vacate his WBO heavyweight title if it will help secure a fight with Tyson Fury in 2021. He recently shared this with iFL TV, and the boxing world has been reacting ever since. 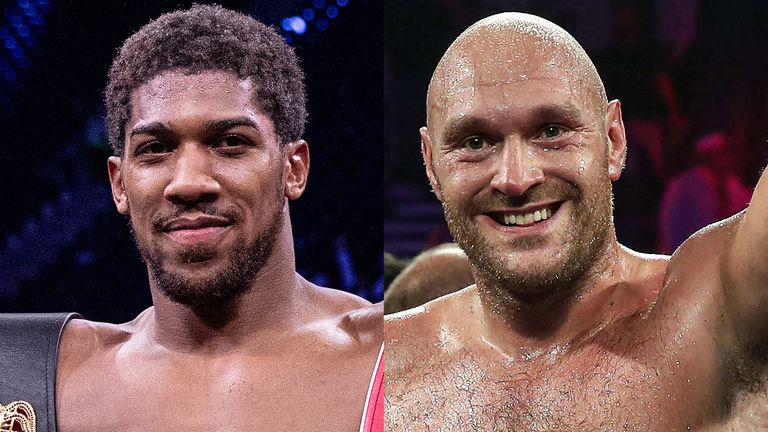 According to him, if he defeats Fury, he can go back to fight anyone who will possess the WBO belts in the future.

He added that it is the fight everyone wants to see, and he wishes it can happen anytime soon.

His words, “Let’s get the fight done, it’s the fight that people wanna see.

“Do they care if I lose a belt to Usyk?

“Do I have to give one up? I’m not too sure right now.

“I don’t want to, because it’s the ‘road to undisputed’.

“But if that’s the case – the people wanna see the fight and they don’t care, then so be it, I’ll give it up.

“Yeah [the fight with Fury is bigger than being undisputed], yeah it is.

“Because I know when I win, I’ll go back to fight for that belt anyway, that’ll be my goal.

“If I can fight Tyson Fury, rematch him – because there’s obviously gonna be a rematch in there – and beat him again, get over these two difficult hurdles, I’ll go straight back to try and fight for that title, 100 per cent…

“It’s gonna be Tyson Fury, WBO or not, it is what it is, let’s just get the fight done.”