Men Should Read More Stories By And About Women – Chimamanda Adichie 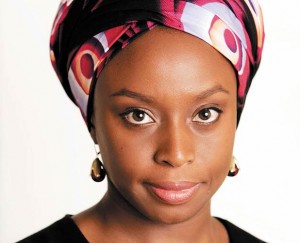 Chimamanda Adichie has said that women are the same as men and not special.

In her address, Adichie said that women should not be treated as special but as human beings. “Women are not special, they are just human. Women are as human as men. women are not little gods that have to be worshipped.

The danger of this thinking that women are somehow special, are somehow morally better is that if this is true there is a certain level of autonomy they can never truly have” she said.

She also broke down how the world treats women differently from men based off sex.

See also  Osita Iheme May Be Getting Married Soon To His Ghanaian Girlfriend!!!

In her address, she has concerns with how the American media portrays the #MeToo movement because “it aligns with that idea that for a woman to be deserving of sympathy she has to be as non-threatening as possible.”
According to Adichie, men should read books written by women as a way of understanding them more.

Lai Mohammed Plead With Labour Unions Not To Strike