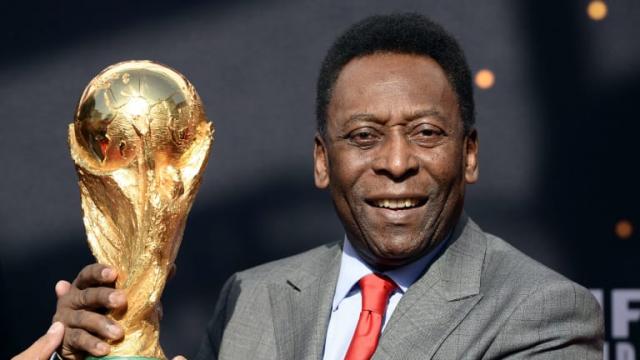 SA Football legend, Jomo Sono has said he is yet to see a better player in the world than Pele.

Sono recently revealed that whoever said Pele is the greatest is 102 percent right because that is pure fact.

According to him, once you block Messi and Maradona’s left foot, you have a chance against them but Pele scored with his left foot, right foot and head.

He added that the Brazilian legend was simply unbelievable during his playing days.

On being given the name Ephraim Matsilele Sono, “I was born in Queenstown and my real name is Walletjies Madoda Mkhulwa. My sister and I got sick; we were very young. We were very ill – this is what I hear from my aunties. And my sister passed on.

“And my grandmother, from my mother’s side, said, ‘No, this one cannot pass on. Let’s take him to Jo’burg because there are better clinics there.’

“So she took a train and she knocked and she gave me to my [parternal] grandmother, and they had to change my name into Ephraim Matsilele Sono.”

“Matsilele is the name of my great, great grandfather from my father’s side.”

Nobody Else Has Done What I Did In Sweeden – Zlatan