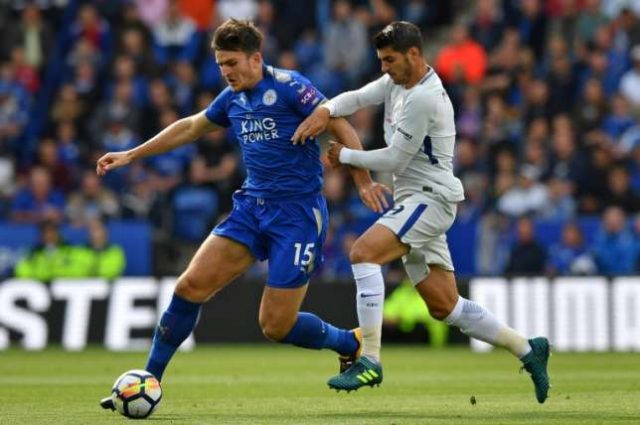 Sevilla have dropped out of the race to sign Chelsea forward Alvaro Morata, according to the Spanish club’s president Pepe Castro.

The La Liga side had expressed an interest in acquiring the Spain international, who is also a reported target of Atletico Madrid and Barcelona.

“Morata was enthusiastic about coming to Sevilla,” Castro told Onda Cero. “We spoke to him and his agent.

“But it’s true that the situation became more difficult because there are many strong and powerful clubs that got involved and we saw that there was no longer that possibility.

“There are many clubs, some in Spain, also Inter [Milan] and Monaco who are interested in him. For us, it was an option that we later saw that it was not possible.”

Sevilla instead signed Munir El Haddadi from Barcelona on a permanent transfer.

Morata, whose Chelsea contract runs until June 2022, is looking to revive his career after a difficult 18 months in London.

Chelsea paid a reported club-record fee of around £60 million to Real Madrid for his signature in the summer of 2017; and he has scored five goals in 16 Premier League appearances this season but has not found the back of the net in the league since Nov. 4.

Spanish radio Cadena Ser report that the cost for any club of signing Morata this month on loan until the end of the season would be €10m, a fee which would include the player’s wages, which are a reported €9m net per season.

Moreover, the deal would also have to include an option — not obligation — to acquire the player at the end of the loan deal for €60m.

READ  Maldini Is The Best Defender Ever - Tomori

According to Cadena Ser, Barcelona executives have mixed feelings about bringing the former Real Madrid player to Camp Nou but could discuss his potential signing in Tuesday’s board meeting.

Cadena Cope, meanwhile, claim that Atletico are in prime position to sign Morata, with the 26-year-old having reportedly said yes to a move — although an agreement with Chelsea has yet to be reached.

According to the Spanish radio station, Atletico boss Diego Simeone does not want to miss the chance to sign Morata in the winter transfer window.