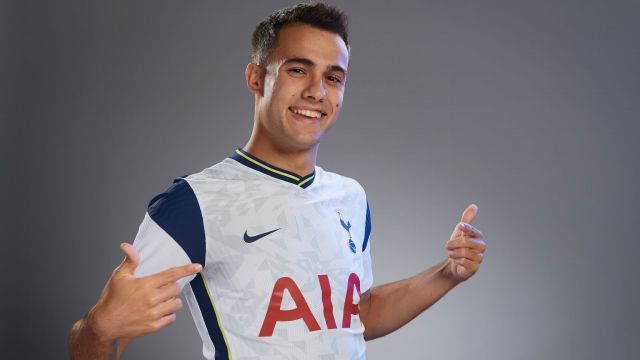 Tottenham defender, Sergio Reguilon has come out to say that Jose Mourinho played a big part in his decision to join the club.

He recently revealed that the world-class manager was able to convinve him to shun interest from elsewhere and join Spurs.

According to him, leaving Real Madrid was a big deal because the Spanish club is where he was made and he would be nothing without them.

He added that Tottenham has surprised him very much since he joined because the training facilities, stadium and his fellow players are top class.

His words, “He is a world-class manager and he was very important in my decision to come,”

“There was a broad market but as soon as I heard of Tottenham’s interest, it was simple,”

“It was a big deal to leave my country, my league and my family, but it has worked out well.

“Since I arrived here, the truth is the club has surprised me in a very good way. The training facilities, my team-mates, everything. The stadium is insane. I have really enjoyed it so far.”

“Leaving was a difficult step to take but it’s one you have to take at one point or another and, for me, I think it was the right time. It’s tough to leave your family and everything, but this league, for me, is the best in the world and I am very happy here. Now I just want to focus on trying to help this club win trophies.”

APC Has Not Failed – Aliyu Abdullahi

APC chieftain, 6 others killed in Rivers

I Discovered Mentorship And Teaching Was My Calling – Teju Babyface