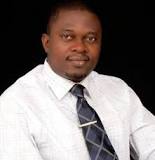 Written and Produced by Oyin Laz, the movie was shot in United States of America and Nigeria.

Speaking on the movie, Laz said: “A lot of people have been asking if I’m Bipolar like why I would even think of this thing. No I am not Bipolar but I decided to look around me, I have a lot of people around me suffering from Bipolar which was exactly what inspired me.” she said.

“When I first gave the story to Muyiwa Ademola, who is the director, he was like this is Nigeria I don’t think they are going to accept it and I am like I don’t care if they accept it or not I just want to put this thing out there I want people to see it, I just took the risk.”

‘Bipolar’ tells the story of a lady who lives abroad but finds herself back in Nigeria due to her temper issues with her boyfriend, Bolanle Ninalowo.

She meets with a doctor who was able walk the journey with her by helping her manage her anger.

Co-incidentally, she has a twin sister somewhere in the village that also has same temper issue.

With an infusion of comedy, causes and cases of bipolar disorder was discussed in the movie.

Why are humanitarians so WEIRD?

I Did Not Say Actresses Sleep Around To Get Roles –...