Manchester United legend, Paul Scholes has come out to blast Ole Gunnar Solskjaer for playing Victor Lindelof at right-back vs Leicester City. He recently revealed there has to be a better option than the Swedish CB in that very crucial position. 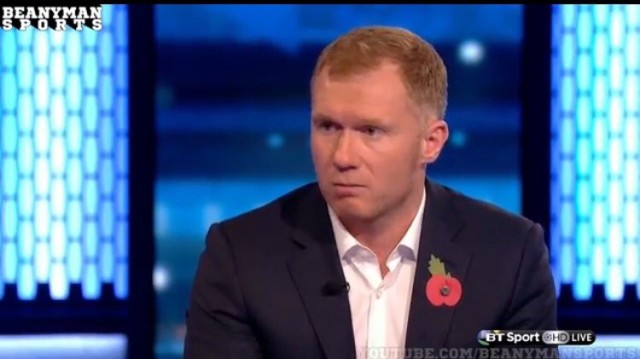 According to him, MUFC became a better team vs Leicester City once the subs came in, and he does not think United are in a position to leave their best players on the bench.

He added that if MUFC wants to win the league, they’ve got 12, 13, possibly 14 players who can do that, therefore benching the top players does not make sense.

His words, “I think Lindelof at right-back, I don’t think we’ll see it again,”

“I hope we don’t see it again. There has to be a better option than that.”

“United, really, I thought they were better once they made the subs,”

“I think they left their best players on the bench.

“I thought when Cavani came on he was excellent, Pogba made a big difference as well.

“[Mason] Greenwood on the bench as well, I know he didn’t come on. But I don’t think United are in a position to really leave these players out.

“If they’re going to challenge for the league they’ve got 12, 13, possibly 14 players who can do that so when you’re leaving these better players out it worries me a little bit.

“The best teams play the same team – look at Pep’s [Guardiola’s] Barcelona team, he never made changes, never left anyone out and they played 60 games a season. That’s what you want.”

PDP Has Chosen To Remain The Lying Party – Adams Oshiomhole