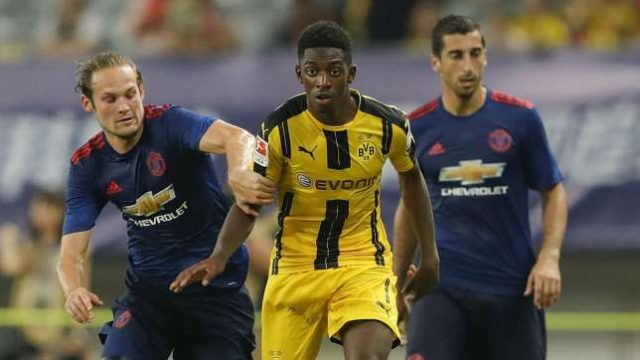 Ousmane Dembele finally trained with his Barcelona teammates for the first time since rupturing a thigh tendon nearly three months ago.

Dembele, the most expensive signing in Barcelona’s history, joined the rest of the group for the first part of Wednesday’s session and then continued with his recovery routine.

The 20-year-old Dembele hurt his left leg in the team’s 2-1 win at Getafe on Sept. 16. It was one of his first matches since being signed from Borussia Dortmund in a deal that could potentially reach nearly €150 million ($177m).

Dembele underwent surgery in Finland three days after getting injured. The club said at the time that he was expected to be sidelined for about four months.

Barcelona have not given a new timetable on Dembele’s return.

Jose Mourinho Has Signed The Players He Wanted – Giggs