Oyo State Government has approved the construction of an aviation fuel facility at the Ibadan airport, at the cost of N1.2 billion. 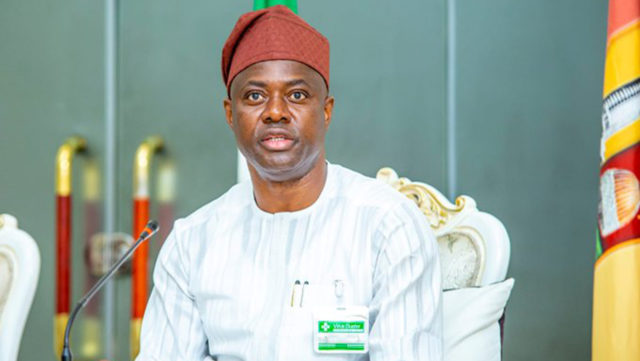 This is contained in a statement issued by Mr Taiwo Adisa, the Chief Press Secretary to Gov. Seyi Makinde, on Thursday in Ibadan.

The statement said that the facility would enable airline operators to use Ibadan as their operational base.

The facility, when constructed, will also ensure that the airport serves as an immediate alternative to the Lagos airport in case of weather or other challenges.

The statement said that the approval for the aviation fuel project was one of the last assignments undertaken during the state executive council meeting on Tuesday, before it was dissolved.

Among other approvals by the council is the award of the contract for the construction of the 110km Ibadan circular road project at the cost of N138.2 billion.

The circular road project was awarded to a new concessionaire named Messrs SEL-Vydra Consortium at the cost of N138.2 billion.

“The project, which is to be executed on a build, operate and transfer concession arrangement, is also classified as a User-Pays toll road.

“The new contract followed the expiration of the earlier contract for the construction of the 32 km stretch at the cost of N67billion, granted to Messrs ENL Consortium by the immediate past government in the state.” the statement read in part.

It said that the present administration had approved a joint evaluation of the work done by ENL Consortium on the segment awarded to it in 2017.

God’s Grace Has Been Keeping My Marriage – Junior Pope

I Saw A Shrink During My Tough Spell At Arsenal- Torreira

Women Should Not Slap Men – Alibaba

I Told Koscielny We Are Not Iceland – Ozil