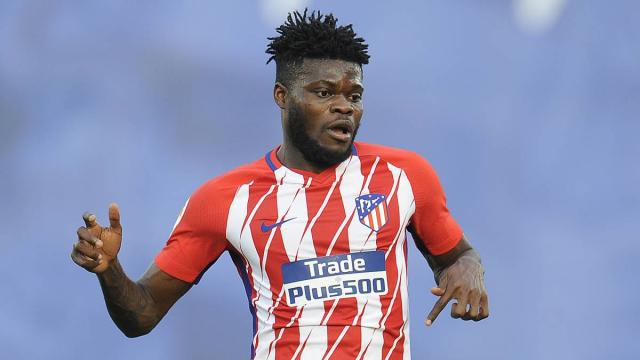 Xhaka recently revealed that the 27-year-old will surely improve Arsenal’s squad with his experience and mentality.

According to him, Partey is a top quality player who will bring great balance to Arsenal’s game since he is known for his drive to win.

He added that even if the style of football Partey played at Atletico Madrid was different, his individual brilliance will still do wonders in London.

His words, “He will be the guy who is important for me and as well for the team. Everyone in the club can be happy because he has great quality,”

“He will bring a good mentality, a good balance in our game because this is what we need a bit more: the mentality to win.

“He played at Atletico Madrid, a different type of football, and he will bring a lot of good quality and mentality.”

Ex Arsenal scout, Francis Cagigao added, “He is a player that we pursued for a long time and strongly recommended over the last few years,”

“I first watched him about six years ago playing for Almeria on loan from Atletico Madrid and he was more box-to-box, attacking even. I think we will see him with the shackles off because he did very much play in a constricted midfield unit [at Atletico].

“He could be the final piece of the jigsaw that makes Arsenal challenge for the title.”

Ancelotti Is The Perfect Answer To Arsenal’s Problems – Emmanuel Petit