Manchester City manager, Pep Guardiola has come out to say that Phil Foden impressed him vs Chelsea. Pep recently revealed that the English midfielder made him very proud as he was energetic throughout the game. 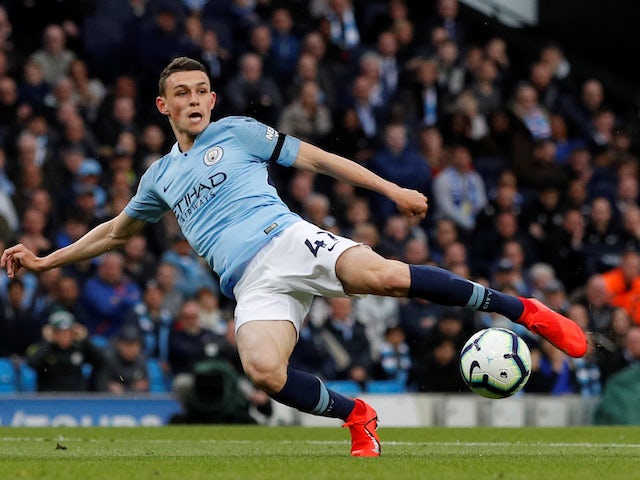 According to him, Foden scored a fantastic goal and this is why Manchester City and England rely on him incredibly.

He added that his team got an excellent result at Stamford Bridge because Chelsea are one of the strongest teams in the league.

His words, “So proud – he never dropped one bit of his energy he can play up front in all four positions,”

“He has a sense of goal, he scored a fantastic goal. We rely on him incredibly, for England and the national team, he will be a top player because he’s so clever and calm.

“He made another great performance today.”

On the game, “[Chelsea] press and push in the first minutes, we suffered a little bit because we didn’t concede almost anything except the goal in the last minute but we played really well,”

“The result is excellent at Stamford Bridge but the way we play was really great you can’t win titles without playing like that.

“Chelsea are one of the strongest teams, they are suffering from the last game but you see the quality of their players and the bench. We had a plan we tried to play like we have in the past and it worked.

“The players were excellent in every way especially with the ball. We cannot play like other teams, we have to play in our rhythm and attack in the right moment. We won titles in that way, more patient. We missed a bit of this tempo and today we had it.

READ  Willian Has Done Nothing To Help Arsenal - John Hartson

“We don’t have the physicality and quality of players to make quick transitions, maybe Raheem Sterling and Kevin De Bruyne but the others haven’t played with the ball. You create problems and that’s what we have to do. From the keeper to the striker we have to put the ball on the grass, make 1000 passes and pick the right moment.”

Beyonce And Jay Z Spotted Kissing Outside The Gym

SCALABLE to Demonstrate Cyber Security Solutions for Critical Infrastructure at the...

US envoy on surprise visit to Central Africa