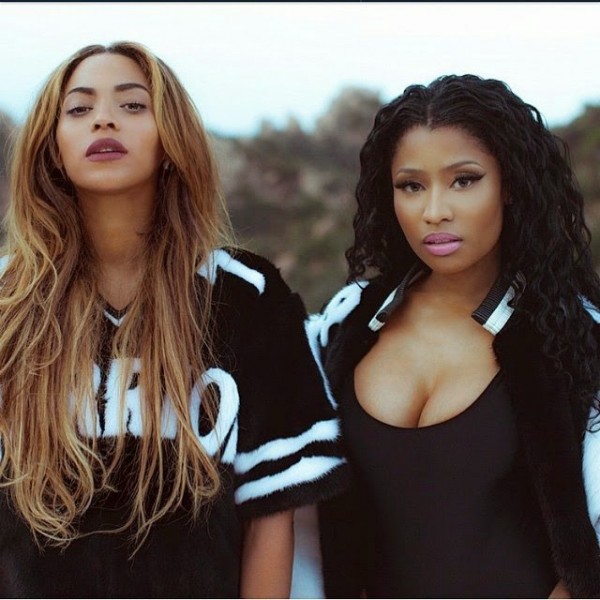 After a twitter-celebrated beef over the past few months, the Remy Ma vs Nicki Minaj feud seemed to be ending. That is, until Sunday night’s (Aug. 27) MTV VMAs.

Shortly before MTV VMAs commercial, Terrence J and Remy got in front of the camera to appreciate fans for the upcoming 30 Seconds to Mars performance.

As they both recited their lines, the Bronx femcee went a little off-script and shouted out her rival using the infamous one-liner Minaj shot at Miley Cyrus at the 2015 MTV VMAs.

Through gritted teeth, the “All The Way Up” rapper said, “Nicki, what’s good?”

Before the 2015 MTV VMAs aired, Minaj had showed her disappointment in MTV for the lack of diversity in the VMA nomination categories, specifically video of the year and album of the year. That ended in a rift with Taylor Swift — whom she later reconciled with as they performed at the 2015 VMAs — and Cyrus.

Will Minaj reply Remy Ma again? This time it should not be lame …