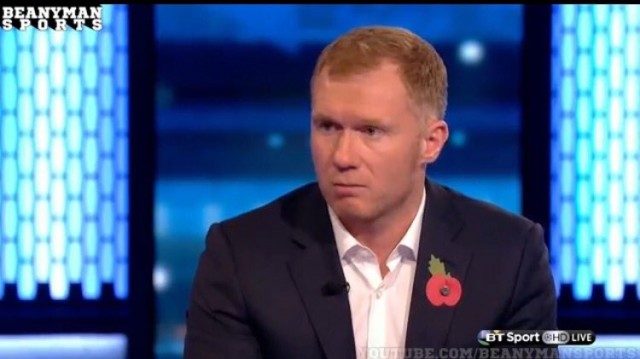 Former Manchester United defender, Jonathan Spector has said Cristiano Ronaldo’s talent was less than Paul Scholes during their time together at the English club.

Scholes was already an established footballer at the top of the game when Portuguese forward Ronaldo arrived at Old Trafford in 2003.

Ronaldo has gone on to win the first of five Ballon d’Or successes during his time with United, alongside Premier League and Champions League triumphs.

According to Jonathan though, Ronaldo was in the shadow of Scholes as regards all-round natural ability.

His words, “It would be easy to say the best was Cristiano Ronaldo but, to be honest, I’d have to say Paul Scholes.

“He was incredibly humble too. But that’s something I always found at Manchester United. On my first day I came out of the reserve changing room and I ran into Ruud van Nistelrooy.

“He came up to me to introduce himself — I was like, ‘I know exactly who you are! I should be introducing myself to you!’ But all the guys at United were like that. They were really down to earth, nice individuals and that’s one of the reasons that club was so successful.”

An Explosion In The Number Of Coronavirus Cases Would Be Disastrous...

Christina Milia Is Now A Cougar

APC Will Come Up With Strategies To Tackle Security Challenges –...