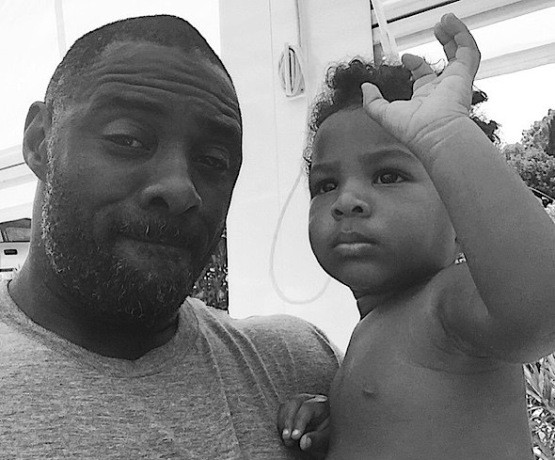 Hollywood actor, Idris Elba has revealed that he is set to reduce his social media usage because it now makes him feel depressed.

He added that he is not proud of such a lifestyle.

His words, “I’ve been trying to wean myself off.

“I used to post a lot more, but it’s been putting me off lately. And Twitter’s just not how I want to receive my news.

“I read the news aggregated on my iPad, but I can’t check it constantly – I’m not proud of it, but it’s true – because it makes me feel depressed.”

On how his free time is peaceful now, “I’ll just sit in the dark, stare, and try not to do anything-just clear my mind and decompress.”

“I don’t think in terms of minutes or hours or days or dates, especially because I’m travelling between time zones,”

“My home base is London, but I could be working anywhere around the world. I pretty much know my schedule for the whole year, and I think of it in terms of blocks of time, where each project is a block.”

Idrissa Akuna Elba OBE, born 6 September 1972) is an English actor, writer, producer, musician, DJ, rapper, and singer. He is known for roles including Stringer Bell in the HBO series The Wire, DCI John Luther in the BBC One series Luther, and Nelson Mandela in the biographical film Mandela: Long Walk to Freedom (2013). He has been nominated four times for a Golden Globe Award for Best Actor – Miniseries or Television Film, winning one, and was nominated five times for a Primetime Emmy Award.

Elba appeared in Ridley Scott’s American Gangster (2007) and Prometheus (2012). Elba portrayed Heimdall in Thor (2011) and its sequels Thor: The Dark World (2013) and Thor: Ragnarok (2017), as well as Avengers: Age of Ultron (2015) and Avengers: Infinity War (2018). He also starred in Pacific Rim (2013), Beasts of No Nation (2015), for which he received BAFTA and Golden Globe nominations for Best Supporting Actor, and Molly’s Game (2017). In 2016, he voiced Chief Bogo in Zootopia, Shere Khan in the live action/CGI adaptation of The Jungle Book, Fluke in Finding Dory, and played the role of Krall in Star Trek Beyond. He made his directorial debut in 2018 with an adaptation of the 1992 novel Yardie by Victor Headley.

In addition to his acting work, Elba performs as a DJ under the moniker DJ Big Driis (or Big Driis the Londoner) and as an R&B musician. In 2016, he was named in the Time 100 list of the Most Influential People in the World. As of May 2019, his films have grossed over $9.8 billion at the global box office, including over $3.6 billion in North America. where he is one of the top 20 highest-grossing actors.

Elba was born on 6 September 1972 at Forest Gate Hospital in Hackney, London, the son of Winston, a Sierra Leonean man who worked at the Ford Dagenham plant, and Eve, a Ghanaian woman. Elba’s parents were married in Sierra Leone and later moved to London. Elba was brought up in Hackney and East Ham, and shortened his first name to “Idris” at school in Canning Town, where he first became involved in acting. He credits The Stage with giving him his first big break, having seen an advertisement for a play in it; he auditioned and met his first agent while performing in the role. In 1986, he began helping an uncle with his wedding DJ business; within a year, he had started his own DJ company with some of his friends. Elba left school in 1988, and won a place in the National Youth Music Theatre thanks to a £1,500 Prince’s Trust grant. To support himself between roles in his early career, he worked in odd jobs including: tyre-fitting, cold-calling, and night shifts at Ford Dagenham. He was working in nightclubs under the DJ nickname “Big Driis” during his adolescence, but began auditioning for television roles in his early twenties.

‘Liverpool Will Be Patient With Sturridge’ – Klopp