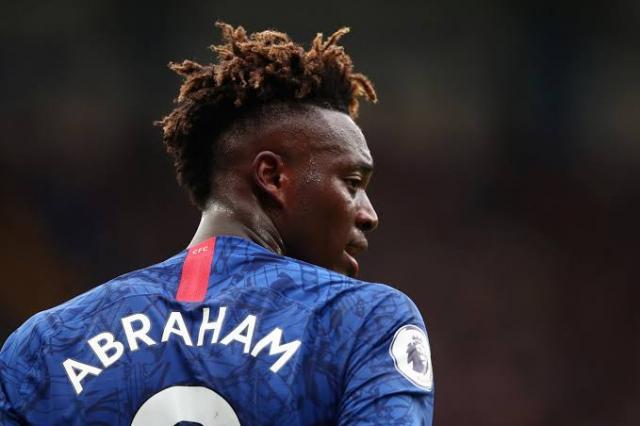 Chelsea striker, Tammy Abraham can break the curse of the club’s No. 9 shirt, according to ex-Blues forward, Carlton Cole.

While the London club has enjoyed brilliant goalscorers like Didier Drogba and Diego Costa in recent years, forwards like Radamel Falcao, Gonzalo Higuain and Alvaro Morata have failed to meet up to expectations.

However, thus far, Abraham has netted 11 goals in 14 EPL games, and Cole believes he will be the one to break the underwhelming strikers jinx.

His words, “Tammy has the self-confidence to succeed,”

“There was a curse on the No. 9 shirt and that’s the one he wanted so that shows me that he has the confidence to believe he can come in and do a job for the team. He’s doing that at the moment.

“Tammy right now doesn’t compare to [Jimmy Floyd] Hasselbaink and Drogba because they were class for their era.

“Hasselbaink had his days as a No. 9 doing his thing; a renowned goalscorer. And obviously Drogba did so well at every level right up to Champions League.

“He is very different to the number nines that Chelsea usually have. I don’t see him as a big, powerful No. 9. He can move to the left and right and could easily play as a No. 10. He’s that good.

“But he’s being used as an out-and-out striker and he can do that job as well. He loves to score goals. He loves to get into the penalty area. He’s not one of those guys who will shoot from outside the box: he’s a goal-poacher.”

“It’s high pressure, I’m not going to lie to you,”

“When you’re playing for a team like Chelsea some players grasp pressure different to others. Some players are comfortable being the main man and doing a great job for the team.

“As a No. 9 there hasn’t been the right man to take the club forward and hopefully if Abraham can continue doing what he’s doing and progressing he can definitely get that number nine curse wiped off.”