The PDP Mass Exodus and the Coming Implosion of the APC

The discordant tunes in the opposition Peoples Democratic Party (PDP), that once held sway for 16 years in the reins of power in Nigeria has taken a new turn as a major plan was hatched over a year now by the governors elected under the party in the old Eastern region. 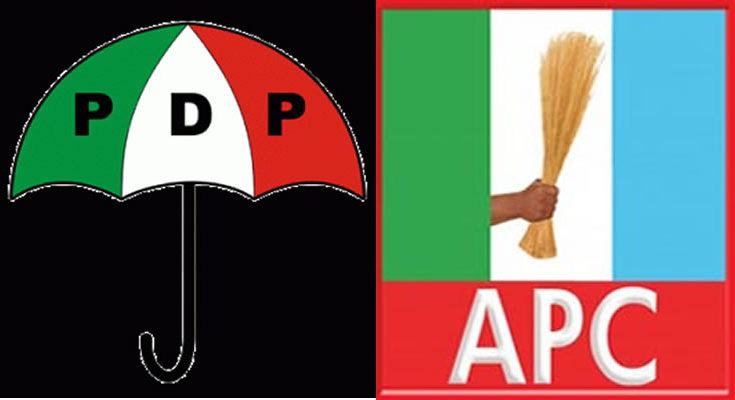 The decision to swell up the ranks of the ruling All Peoples Congress (APC), by these Governors who have actually held tight the party’s stronghold in the South East and the South-South States is part of a planned coup to ouster the owners of APC in a bid to grab power again in 2023.

It is obvious that since most of these Governors who are the major financiers of the PDP are rounding up their second term in office may not be able to weather the coming storms prior to the next election and the only platform that can offer them an easier chance is the existing one – APC, particularly when the party has managed to remain one in spite of their own internal battle for control. It is like the case of a party united in diversities while that of the PDP has worsened under the Uche Secondus leadership. Theirs is best described by Chinua Achebe’s popular lines, “Things fall apart, the centre can no longer hold”.

I was privileged to be in a discussion eight months ago with a high profile Nigerian who revealed how one of the powerful leaders in the South-South had called him to inform him of their decision to move en masse into the APC, as that is the only way to guarantee their protection when they must have finished serving out their terms as Governors and the immunity garment removed from them. This Governor was said to have expressed fears that if they failed to join the APC, they could be jailed after office, if a particular leader in APC eventually emerged as President, succeeding Buhari. Although I reminded my host that there are still yet those who moved to APC and are yet facing prosecution in Courts. That anyway is not a guarantee!

Yes, it’s a strategic plan to hijack the party but it is not without the consent of some interests in the APC leadership who are building a new structure outside the existing ones tilted along the lines of Bola Ahmed Tinubu on one side and Chibuike Amaechi on the other side. The third force which is the emerging group led by the Acting National Chairman of the party, Gov Buni of Yobe state is busy wooing these Governors over as they in turn will help him strengthen his alleged ambition to emerge as the running mate to whoever becomes the Party’s flag-bearer from the South. This was part of the reason this group visited President Goodluck Jonathan in order to woo him into the APC and drag him into the Presidential race. The idea to get a Southerner who will govern for only one term and power returns to the North and Jonathan fits into this agenda having completed a constitutional first term of 4 years as elected President. While this seems sound logic but it is more of a selfish plot to deny the South and particularly, Eastern Nigeria with reference to the Igbo tribe.

But gradually, the Buni group seem to win the fight as they are daily increasing the numbers in their fold. The Governors have a huge financial war chest as well as strong followership in their States who are always willing to shift grounds even where principles and morality are compromised.

What many do not know is that the defection of these Governors will bring an implosion in the political arena as many leaders in the APC will be upstaged, especially in the PDP controlled States. A little but cursory observation in some of the states reveals this truth here.

In Ebonyi State, the leader of APC, Senator Sam Egwu was scarcely involved in the defection program of Gov Umahi into APC. Same with Cross River State, where former Governor Clement Ebri was neither informed nor invited when Governor Ayade made his way into the APC. Next is Akwa Ibom State, where Senator Godswill holds sway, albeit it fractionally notwithstanding that by the APC Constitution, he ought to be the leader of the party as the highest political office holder and former Governor. The sudden turnaround of Governor Udom is regarded as a kite flown by the former protégé of Akpabio as he finally makes his alliance with APC public. Udom, like Wike, has enjoyed the support of a faction of the APC leadership at the Centre. It is not clear yet if the Governor has reached out to Akpabio, although he may be enjoying the support of the Buni group in Akwa Ibom led by Senator Akpan Udoedehe who happens to be the Acting National Secretary of APC. Whichever way the pendulum swings, Akpabio may survive the planned onslaught since he was solely responsible for the emergence of Udom as Governor. Besides, the former Governor is not a stranger to political fights having survived the last one between his Ministry, Niger Delta Affairs Nddc and the National Assembly.

The next is Governor Okezie Ikpeazu of Abia State, my state of origin. He is coming after Udom in the coming weeks and it is not unlikely that Senator Orji Uzor Kalu, a major member of the third force under Buni. But Orji is not the only one building the party in Abia. The likes of Ikechi Emenike and Uche Ogar remain territorial forces that cannot be dismissed around Abia North and Central. Ikpeazu will break the hold of PDP in Abia South which has been a major decider and Flashpoint of elections in Abia. It is not clear if former Governor TA Orji, Ikpeazu’s benefactor, would be joining the APC as he had earlier revealed he was quitting politics after his tenure in the Senate. But his son, the heir of his political structure is still in PDP and may likely remain if the coast is not clear for his alleged Governorship ambition or at most, to step into the shoes of his father in the Senate.

In all of these, the most intriguing defection would be that of the River Governor, Nyesom Wike who has been having a bad time controlling the structure of PDP since the coming of Atiku Abubakar into their fold close to the 2019 elections.

Wike through a fiery and ardent critic of the APC Federal Government is one of the highest beneficiaries of support from a group in the APC. Wike’s soured relationship with his predecessor and former boss, Chibuike Amaechi, has been his greatest tool in winning over the anti-Amaechi forces within the APC. He was the hatchet man employed by Jonathan and his wife when the need to break Amaechi’s stronghold on the PDP when he was Governor of Rivers State.

If again the forces in APC want to scuttle Amaechi’s perceived presidential ambition, Wike may again come in handy coupled with the fact that Rivers APC which Amaechi controls has had its fair share of woes. The party was carefully and systematically excluded from the ballot in the 2019 elections and it is fighting to recover from what is largely considered internal sabotage.

The question becomes, if Wike joins the APC, considering his irreconcilable differences with other PDP strongmen, will Amaechi be involved or ignored?

These and many more are the issues that may lead the APC into implosion as the older veterans battle the new ‘intakes.’

Written by Obiaruko Christie Ndukwe, a publisher and columnist based in Port Harcourt.

Tell Me Which Celeb Is In This Photo

My Future At Tottenham Will Be In My Best Interest – Conte