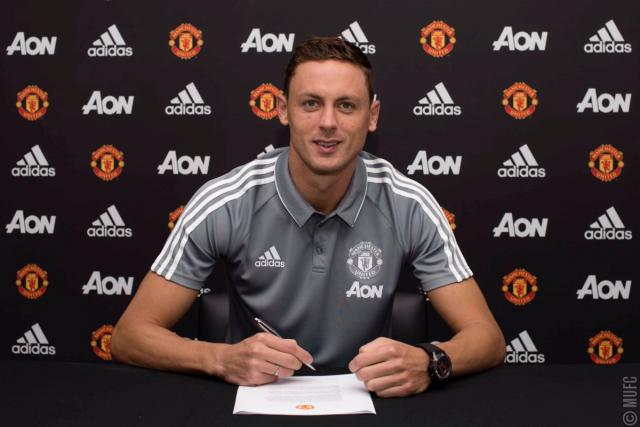 Manchester United midfielder, Nemanja Matic has come out to say that the club’s youngsters have matured over the past few years.

He, however, revealed that he feels more improvement must be made if the club wants to challenge for EPL glory in the nearest future.

According to him, he has been happy with how Rashford, Martial and Greenwood have grown remarkably and how they have been taking more responsibilities to ensure the team plays well.

He added that the period of transition might be slowly coming to an end because the players are more consistent now.

His words, “I have to be honest: it was not always easy to be in our team because we had a lot of young players, with no experience of playing at the highest level,”

“But that was a period of transition of our team and I think in the last few years many players matured a lot.

“I have to mention [Marcus] Rashford, [Anthony] Martial, Greenwood, so many players matured a lot. They know they have a lot of responsibility; they play every game.

“I am happy to see them improving, taking responsibility and I am sure this team can only improve.

“It was difficult for us in the past because we were inconsistent, but I think the team is ready, more experienced. If we can improve 10 or 20 per cent more then we can challenge for the title next season.”

“We are fighting, we are playing, we want to finish in the top four. There are only four games left but we are there,”

“We are fighting with Chelsea and Leicester [City] for that position. We know it’s going to be hard, but we will try and win every game until the end. We want to win the Europa League and the FA Cup.”

Coronavirus Will Not Stop Me From Going To Church – Bishop...