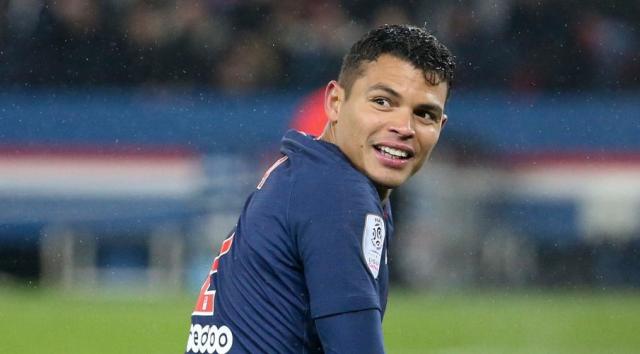 Chelsea defender, Thiago Silva has come out to name the 3 coaches that have had the greatest influence in his career.

He recently revealed that they are none other than Brazil coach Tite, Carlo Ancelotti and Thomas Tuchel.

According to him, these coaches inpsired him a lot and their man management, tactical work is something he admires a lot.

He added that Tite, Ancelotti and Thuchel understand football a lot and they definitely stand out on a human level.

His words, “We can learn all the time,”

“With some coaches that I worked with, I saw how not to do things, whether it was in man management or in tactical work. But I also met a lot of good people.

“If I had to name three coaches whose work inspired me the most, I would have to saw Brazil coach Tite, Carlo Ancelotti and Thomas Tuchel.

“Regarding Tite and Ancelotti, it’s almost impossible to love one and dislike the other because they are very similar. But the three of them understand football a lot and they stand out on a human level.

“And I can’t avoid mentioning a few of the coaches at the star of my career in Brazil, like Ivo Wortman, Oswaldo de Oliveira and Renato Gaucho.”

On PSG, “Personally, I’ll always remain a supporter of them,”

“It’s a team that works very well and it was difficult to leave.”

My Relationship With Kanye West Is Just Right – Kim Kardashian